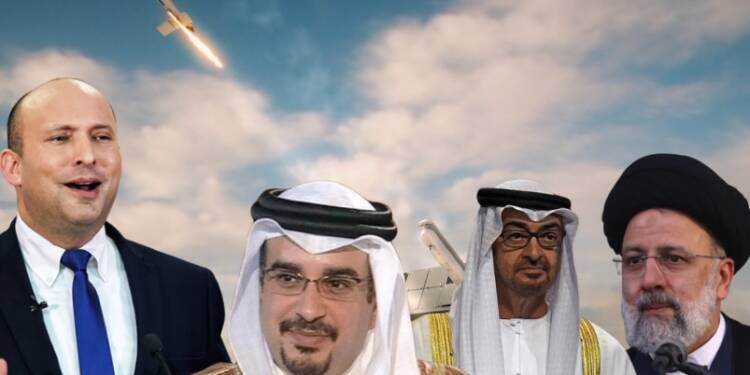 The UAE’s peace push towards Iran seems to have weighed down the so-far flawless streak of flourishing Israel-UAE relations. And now, Israel has shown its intentions to elevate its ties with Bahrain in a strong message to the UAE and other Arab nations.

Israel on Thursday signed a defence agreement with Bahrain. Defense Minister Benny Gantz signed the memorandum of understanding with his Bahraini counterpart in the capital of Manama, a key step after the two nations normalized ties in 2020. Gantz’s office revealed the agreement is designed to “help advance intelligence cooperation, a framework for exercises” and strengthen ties between the countries’ defence industries.

The defence agreement speaks volumes of the fact that Israel values its partnership with the Sunni-ruled Shiite-majority country more than that with the UAE. This became even more evident when Israel’s intelligence agency Mossad squarely rejected Israel’s defence deal with the UAE. The deal included the selling of the Iron Dome and David’s Sling Weapons System to the United Arab Emirates.

Read More: UAE and Israel alliance was cruising along nicely till it hit the Iran speed breaker

The Jewish nation and its security establishment are afraid that selling advanced technology to the Emiratis involves the risk of technology thefts and data leaks. It may even lead to secret and sensitive tech being passed on or transferred to a third party or country.

The statement clearly signals that in this case, the third country could be Iran. The Jewish nation knows that if any advanced Israeli technology like the Iron Dome gets in the hands of Iran, it most probably will reach into the hands of terrorist organizations like Hamas, and that would be extremely dangerous for Israel’s national security and defence.

By signing a defence agreement with Bahrain right after rejecting the defence deal with the UAE, Israel has sent a very strong message to the Emiratis—growing closer ties with Iran could harm the UAE’s interests in Israel.

Israel considers Iran as an existential threat, and sprawling ties between the UAE and Iran is sure to irk the Jewish nation in epic proportions. Over the past six months, the UAE has developed close relations with Tehran. Both countries are today co-operating on the issues related to Yemen and Houthis, and Iran and Saudi Arabia are standing at the cusp of establishing full-fledged diplomatic ties. So, it is natural for Israel to show its apprehensions about strengthening relations between the UAE and Iran.

Interestingly, when it comes to countering Iran’s rising clout in the Arab world, Bahrain comes up as a natural partner for Israel. The Shia-majority country is currently ruled by the Sunni royal family, and Iran is striving to alter this equation.

It’s more than clear that Iran is trying to fuel ethnic tensions in Bahrain to topple the Sunni ruler family. And this is enough for Bahrain’s rulers to join hands with Israel to counter Iran’s rising threat in the region.