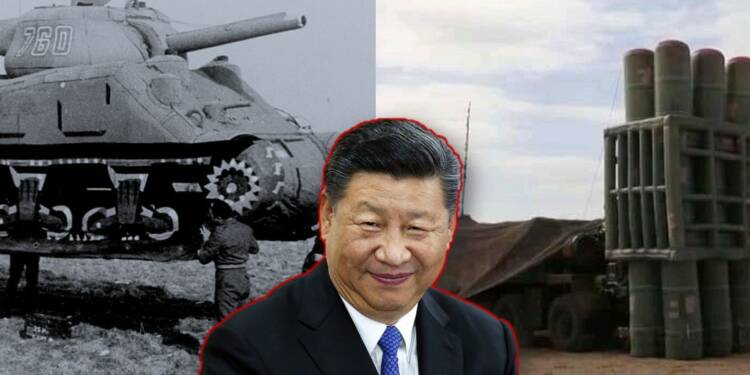 There is not much to distinguish between the numbers of the Indian Army and the Chinese PLA Ground Force. But they are miles apart when it comes to the men in charge of affairs from top-level commanders to lower-rung troops. While the Indian Army is a battle-hardened force excelling in mountain warfare, the PLAGF has a number of issues to fight with from inexperience and insubordination to corruption and lack of acclimatisation. And then, a majority of Chinese soldiers are wimps and sissies. So, China really has a problem at hand. How does an expansionist country which wants to dislodge the United States from the global No. 1 spot, achieve its goals?

The Ghost Army was a United States Army tactical deception unit during World War II, officially known as the 23rd Headquarters Special Troops. The 1100-man unit was given a unique mission within the Allied Army: to impersonate other Allied Army units to deceive the enemy. During their tenure, they put on a “travelling roadshow” utilizing inflatable tanks, sound trucks, fake radio transmissions, scripts, and pretence. They staged more than 20 battlefield deceptions, often operating very close to the front lines.

The Ghost Army used a range of misdirection techniques. False military equipment included hundreds of inflatable tanks that looked from a distance exactly like the real ones and successfully tricked German aerial reconnaissance. Another team was responsible for bogus radio traffic. A set of mobile speakers pumped out sounds of troop movements and large engineering projects like bridge-building. In fact, such was the sophistication of the Ghost Army, that its members – who by the way, were not trained soldiers and combatants, but worked as actors, putting on the uniforms of different regiments and mixing in local towns.

The deception and fake deployments which the Ghost Army gave rise to practically tilted World War II in favour of the allies. And China seems to be very inspired.

What China’s Ghost Army is Meant to Do

While the allied forces back in World War II used a Ghost Army to deceive their enemies, China has been using its version of the Ghost Army to fool the world into believing that Chinese weapons are operable and can reach any part of the Communist nation. The Chinese Ghost Army is also meant to compensate for the general lack of courage that pervades all ranks of the Chinese military.

You see, the Chinese People’s Liberation Army simply cannot match the expertise, combat readiness and courage of battle-hardened Indian soldiers. Therefore, the only way China can try to tilt the scales in its favour is if it ‘convinces’ India that its weapon systems and men are surviving at the excruciating mountain heights throughout the year just as seamlessly as Indian soldiers and machines are.

China has not fought a full-fledged war since 1979. In 1979, it fought Ho Chi Minh’s forces in Vietnam and got its pants pulled down in an epic humiliation that the Communist nation will never be able to recover from. Then too, the general inability of Chinese soldiers to fight courageously had played a big role in China tasting an embarrassing defeat. Now, with all Chinese soldiers a product of a “one-child” regime, the lack of courage within the PLA has only exacerbated the woes of the CCP.

Not only India, even if China thinks of invading Taiwan – the collective force of the democratic world would be staring it right at its face. Then too, China would need to fool and make democratic militaries believe that it has magical capabilities – and that is where the Ghost Army will come in handy.

In 2020, Chinese state media inadvertently shared the picture of inflated balloons depicting HQ-16 Surface to Air Missile. ‘China Central Television’ (CCTV) posted a picture of a missile launcher positioned by the People’s Liberation Army, but it was soon pointed out to the PLA on social media that the ‘launchers’ were curved in shape. Upon closer examination, users found that the PLA had inflated and painted balloons so that they look identical to their HQ-16 Surface to Air Missile.

China’s Ghost Army is just as pathetic as its original military forces. If ordinary citizens on social media were able to identify the PLA’s inflated balloons, there is no way China’s deception campaigns are going to stand the test of time during the war with countries like India and the United States. China thought it could make the world believe that it has unlimited weapons, while all it has convinced the world of is its own foolishness.