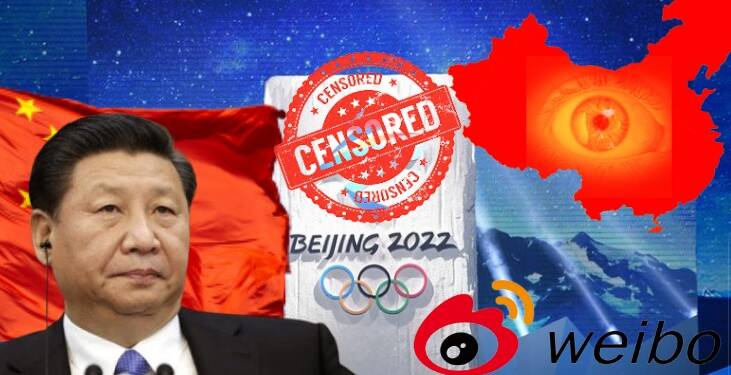 The world knew that despite China’s claims of making the 2022 Beijing Winter Olympics a grand success, it would turn out to be a flop show, an international embarrassment and a complete hell for the athletes from across the globe. But, what’s surprising is that along with the international athletes, the Chinese athletes too, are suffering now either due to the Chinese government or the people of China.

Also Read: CCP can organize the Olympics, but how to contain millions of vitriolic Han supremacist

How the Han supremacists attack the Chinese athletes

Recently in Beijing Winter Olympics, figure skater Zhu Yi, who was making her Olympic debut for Team China, fell flat on the ice and finished last in the women’s short program team event. The athlete’s fall did not go well in China. On Weibo, the hashtags like “Zhu Yi has fallen” started trending. Also, the social media was filled with comments and posts like, “Please let her learn Chinese first before she talks about patriotism”, “This is such a disgrace”, “Zhu Yi, how ridiculous your performance is!”, “How dare you skate for China?”, “You cannot even hold a candle to an amateur!”, “Shame on Zhu Yi” etc.

Also, in a recent FIFA football match, China was defeated 3-1 by Vietnam in Hanoi. That loss destroyed their faint chances of qualifying for the 2022 FIFA World Cup. Reacting to this loss, football fans on Chinese social media were seen fuming. Many internet users slammed the “embarrassing” and “humiliating” outcome. After the match, the Chinese social media Weibo was filled with posts and comments like, “Shame, shame, I really don’t want to face it”, “they should be dissolved”, “Losing to Vietnam, they are really shameless”, “Whole team should be disbanded altogether” etc.

During Tokyo Olympics, a Chinese athlete, Wang Luyao, faced the vehement wrath of the angry Chinese when she failed to qualify for the 10m air rifle shooting match. While posting her picture on social media, the athlete apologized, “Sorry everyone, it’s such a pity, I admit I chickened out. See you in three years.” However, her apology was received with humiliating comments from the nationalist Chinese.

Read More: The gut-wrenching saga of the pain, shame and humiliation that CCP is subjecting Chinese athletes to

The Chinese social media Weibo has recently removed more than 41,000 posts related to the Beijing 2022 Winter Olympics while banning 850 accounts, as the popular platform encouraged internet users to stay calm as they watched the games. Recently, Weibo said in a post that some internet users are creating trouble at a time when the whole country is immersed in the strong atmosphere of the Winter Olympics. According to the social media platform, these users were blocked because they attacked athletes with irony and insulting language and spread false information.

Beijing has shown a firm stance in its drive to create a clean and healthy domestic cyberspace, free from the information it deems harmful to society. Guidelines issued by the Cyberspace Administration of China last September emphasized that online platforms are responsible for managing content generated by their legions of users.

The toxic Han supremacy culture cultivated by the CCP has destroyed the lives of Chinese athletes. If they lose, they are not enough patriotic and devoted to the nation, and they will have to face the worst kind of abuse from their own audience and viewers. No matter what China does to contain these Han supremacists, it would be just impossible for them. That’s because it is rooted in the DNA and blood of these Chinese people from birth or childhood. It’s the karma of the CCP, the snake that it raised to attack others, that has come back to bite the CCP itself.