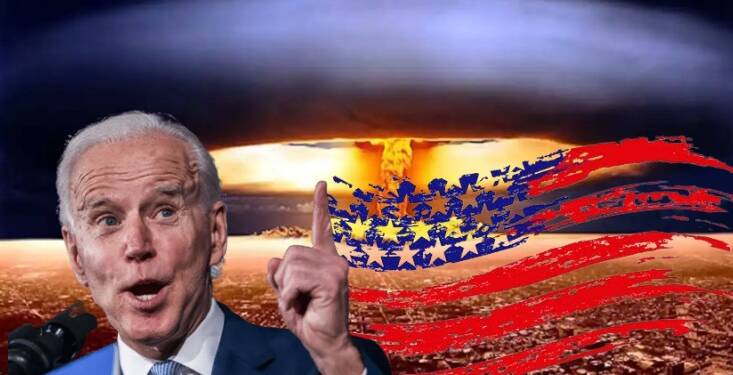 The US president Joe Biden knows about the conflicts between Qatar and other middle east countries. He is also aware of the crisis-ridden relationship between Algeria and Morocco. Relations between the two North African states have been marred by several crises since their independence, particularly the 1963 Sand War, the Western Sahara War of 1975–1991 and the closing of the Algeria-Morocco border in 1994. On the other hand, Qatar has always remained on the adversary list of countries like Saudi Arabia and UAE for its support to terrorists and terror organizations like the Taliban etc. It has also been accused by Arab states of terror financing and money laundering.

US asks Algeria for gas supplies

Recently the US said that it will be meeting with the officials of Eni, Total Energies and other energy companies operating in Algeria to see if more gas can be sourced from the country. The move comes as Washington intensifies efforts to find alternative gas supplies for Europe in case any disruption arises from the standoff between Russia and Ukraine. The US has requested a special meeting with the officials of Eni for talks on its gas supplies from Algeria. Eni, which has a series of long-term gas contracts with Algerian gas monopolist Sonatrach, is one of the country’s biggest foreign producers.

Also, Washington has reached out to France’s Total Energies and other companies working in Algeria, including Equinor and Occidental Petroleum Corp. Meanwhile, the US State Department has said that it has been working to identify additional volumes of non-Russian natural gas from the Near East and North Africa to Asia and the United States.

Also Read: Biden is reviving the Iran-Qatar bloc to reignite tensions in the Middle East

Recently, amid the Russia – Ukraine conflict, the Biden administration asked Qatar to supply LNG to European countries. In a recent white house meeting with Qatari Emir Sheikh Tamim, Biden announced that the US will designate Qatar as a major non-NATO ally. This clearly points towards future defence deals and collaborations between US and Qatar in exchange for Qatar’s LNG. The US already has a military base in Qatar.

This Monday, the US Secretary of Defense Lloyd Austin met Sheikh Tamim bin Hamad Al Thani, Amir of Qatar. Both of them discussed cooperation in energy supply & security, regional security interests and defence partnerships between the two countries. Also, Boeing, a US-based defence and aerospace manufacturer, recently signed the biggest aircraft deal in its history with Qatar.

Algeria strongly opposed the Trump administration’s decision in December 2020 to recognize Morocco’s claim of sovereignty over Western Sahara—a reciprocation for Morocco’s agreement to join several Gulf states (the United Arab Emirates and Bahrain) in normalizing relations with Israel. Algeria supports the Polisario Front, which seeks independence for the disputed territory. The U.S. decision on Western Sahara, not reversed by the Biden administration, still roils U.S.-Algeria relations and contributed to Algeria’s breaking formal diplomatic relations with Morocco in August 2021. In October, Algeria terminated a contract under which it ships gas to Spain via a pipeline running through Morocco.

By asking Algeria and Qatar to supply more gas to Europe, Biden is not just increasing the say of these countries in the conflicts in and around the region but also making them more powerful financially and economically. It’s for sure that Qatar and Algeria have an opportunity in hands of becoming the top two major suppliers of gas to Europe during this conflict-ridden time and thus increase their stakes in the global energy supply network. They will most probably do hop into US demand, to increase their market share and capture more and more of the energy markets.

As these countries claim more market share and stake in energy supplies, they will become more strong financially and economically. That will result in more defence spending, military modernization and arms acquisition. On one hand, it is for sure that Algeria will use its military muscle against Morocco to take back the areas that it claims like Western Sahara. On other hand, Qatar will go full-on against other Arab countries in establishing its hegemony over the region and itself as the true Arab leader. Qatar recently purchased Rafale fighter jets from France and may acquire more such advanced weapons from across the world to fight its adversaries like UAE, Saudi Arabia etc in the middle east.

If Qatar in the Middle East and Algeria in North Africa goes on to acquire enough power and influence, it will become a challenge for their regional rivals. This will not just give rise to a new arms race between these countries but it will also create competition between these countries to counter each other’s narratives and positions. It will destabilize the region and the energy supplies.

All the global powers like the US, Russia, China and the EU have a tremendous dependency on the energy supplies from the region. All of them have a stake in the regions energy reserves and supply networks. Neither of these world powers will let their respective rival have an upper edge in the region. Thus, in a situation of securing their interests and supplies in the region, the powers like China, US, Russia and the EU are bound to participate in any conflict and confrontation. Even a small conflict or confrontation in this region with the participation of world powers is destined to spark into a big crisis, possibly World War 3.