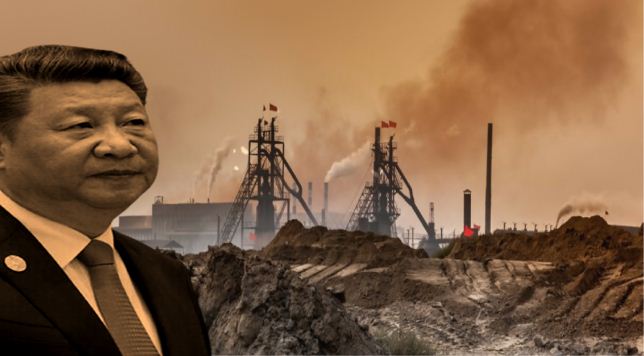 So, China’s monopoly in the sector favoured Beijing at large. If China happened to be at odds with any country, it would have exploited the dependence on the Chinese rare earth supply. But tides are changing after all.

So, the point is that every modern economy craves the supply of rare earth elements (REE). If you lose access to these crucial elements, your economy can literally come to a grinding halt.

Sensing this, China deliberately jumped in to build an effective monopoly in this sector. In 2010, China held over 95 per cent share of the global rare earth supply sector. Almost, every part of the world was using Chinese rare earth supplies.

Even today, European Union gets 98% of its rare earth supply from the Communist country. The US too imported 80% of its rare earth minerals from China in 2019. Given that, some of the world’s biggest economies thus showed dependence on the Chinese rare earth sector. But things are changing now as China’s monopoly in this sector is about to doom.

The demolition of the Chinese rare earth monopoly started in Japan. In 2010, Beijing decided to use its rare earth monopoly against Japan, following a territorial dispute. But as it would turn out, rare earth elements are no oil and they cannot be weaponised. After being cut off from Chinese rare earth supplies, Japan searched for alternative options. Soon, supply chains were built outside China, as the Japanese Ministry of Economy, Trade and Industry introduced the initiative coined “escaping China”.

As it turns out, rare earth elements (REE) are not so rare after all and they can be mined outside China. Central Asia, the US, India, Australia, South Africa, Brazil, Chile, Vietnam and Mongolia- all of them have considerable rare earth reserves.

By exploring alternative options and investing in the rare earth sector, Japan managed to shed its dependence on China. By 2017. Japan was importing around 30% of its rare earth metals from countries in Asia other than China. It is because of Japan’s Initiative that China’s share in the world’s supply dropped from 95 per cent in 2010 to less than 70 per cent in 2018 and to date continues to fall further.

Read more: China is scared about losing its Rare Earth Minerals advantage to the Quad. Their new policy screams so

Japan has already played its part in breaking the myth of Chinese monopoly in the rare earth sector and now other Quad members too are chipping in. In the  United States, there is bipartisan agreement on ending China’s rare earth domination. In January, two US Senators- Democrat Mark Kelly and Republican Tom Cotton proposed a law that would aim to ensure that the US can guarantee its rare earth minerals supplies. Cotton said, “The Chinese Communist Party has a chokehold on global rare-earth element supplies, which are used in everything from batteries to fighter jets.”

The Senator added, “Ending America’s dependence on the CCP for extraction and processing of these elements is critical to winning the strategic competition against China and protecting our national security.”

The US also looks to set up domestic facilities for processing rare earth minerals, instead of shipping them to China for processing. Meanwhile, the wave has also struck touched Australia as the country looks to make some big plans for ending rare earth dependence on China. The Australian government has identified rare earth elements as a strategic industry and has established funds for companies trying to enter the market.

Recently, Canberra agreed on a $100 million project financing loan to the Yangibana rare earth mine located in Western Australia’s Gascoyne region. The mine is being established by Hastings Technology Metals. The company is going to become Austalia’s second-biggest rare earth export next only to mining company Lynas Rare Earths which is valued at $5.71 billion.

Similarly, the  EU is also trying to cut its perilous dependency on Chinese rare earth supplies. The EU had even set up the European Raw Materials Alliance in 2020, which released a plan last year. It encouraged governments and manufacturers in the EU to support mining and processing through subsidies and sales quotas. It also identified 14 projects in Europe that will require investments of around $2 billion.

The point is that China may still be dominating the rare earth market, but the world has discerned that it can easily decouple from China and get rid of its dependence on Chinese rare earth supplies in just a short stretch of time.