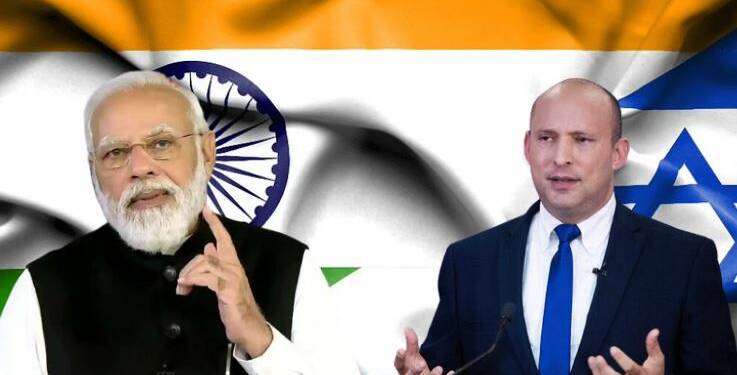 The Abraham Accords have been faltering. The ruptures are not evident yet, but Israel’s ties with the Arab world are not growing at a pace they should have been. By now, Saudi Arabia should have joined the party and formalised relations with the Jewish nation, which would open the floodgates for almost all Islamic Arab states establishing officials ties with Tel Aviv. However, the U.S.-led world order is just too preoccupied in trying to deal with the crisis on Ukraine’s borders. Russia continues to remain the United States’ and NATO’s primary foe, despite the fact that China has long replaced Moscow and occupied that seat.

Washington should have been focusing on countering China’s growing influence in the Gulf by pushing for formalisation of ties between Israel and more Arab states. Instead, differences seem to be growing between Israel and UAE. Now here’s the deal. The stability of Abraham Accords rests solely on the shoulders of the United Arab Emirates. It is the most influential Arab state to have normalised ties with Israel. It was also the first ones to sign the Abraham Accords.

Yet, in recent weeks, some differences have come to light between Abu Dhabi and Tel Aviv, that if not resolved, can spiral into both countries breaking ties with each other. Late last month, Israeli security agencies had rejected selling the Iron Dome and David’s Sling Weapons System to the United Arab Emirates (UAE). Israel is afraid that selling such technology to the UAE would pave the way for secrets to be passed to a third-party state.

UAE has come under some intense attacks by Yemen-based and Iran-supported Houthis in recent weeks, with the terrorists attacking civilian areas of UAE using projectiles. It is for this reason that UAE wanted to buy the Israeli Iron Dome air defense system. Yet, Israel rejecting the request at first did not auger well with the Emirates.

India Steps in to Save Abraham Accords

As mentioned earlier, the entire framework of Abraham Accords rests solely on the shoulders of the UAE. As such, to ensure that all gains made in the past two years by the Abraham Accords do not get undone, it was essential to resolve the differences between Israel and UAE. Here is where India stepped in.

According to the Middle East Monitor, in addition to the normalisation deals between Israel and several Arab and Gulf states, Israel is looking forward to developing relations with India, hoping to establish a “triangle of Israeli-Indian-Emirati relations.” In fact, a trilateral meeting between the foreign ministers of India, the United Arab Emirates (UAE), Israel and the US was held in October 2021.

Separately, India is said to have recently resumed talks to promote a free trade agreement with Israel and the UAE. According to the Middle East Monitor, this is in return for the Israeli interest in increasing the Indian military’s presence in the Arabian Sea and the Red Sea to face off Iranian threats. Israel is also looking to partner with India along with the UAE to counter growing Chinese presence in the Middle East.

By setting up a trilateral between itself, Israel and the UAE, India is ensuring that all such minor differences between the Israelis and Emiratis are seamlessly resolved without creating much of a fuss. It is perhaps due to India’s mediation tactics that days after refusing to sell the Iron Dome system to UAE, Israel said it was reconsidering a deal for the same with the Emiratis.

Read more: UAE, Russia and Israel form a new power bloc in the Middle East. US left out

Therefore, India is putting all its weight behind the Abraham Accords and helping maintain the peace that has been achieved across the Middle East due to the same.The U.S. is too distracted with Russia and Ukraine to notice the fault-lines emerging between Israel and the UAE, and so, India has taken upon itself the task of ensuring that the hard-gained peace and normalcy between Arab states and Israel is not reduced to ashes.

Meanwhile, India’s pro-activeness will actually make it a major player in the Middle East soon, and New Delhi will emerge as a severe challenger to Beijing’s designs in the Gulf. India has a special interest in keeping the Abraham Accords alive and kicking. You see, Arab states recognising Israel and establishing multi-dimensional ties with Tel Aviv augers well for India’s overall strategy of antagonizing Pakistan and Turkey against the Arab world. Pakistan and Turkey are both annoyed with the Islamic Arab world for recognising Israel, and if the Accords were to fall apart, these two rabid countries would start a process of rapprochement in the Gulf. Yet, New Delhi’s interests are best served if Islamabad and Ankara remain isolated and develop animosity-ridden ties with the Arab countries.