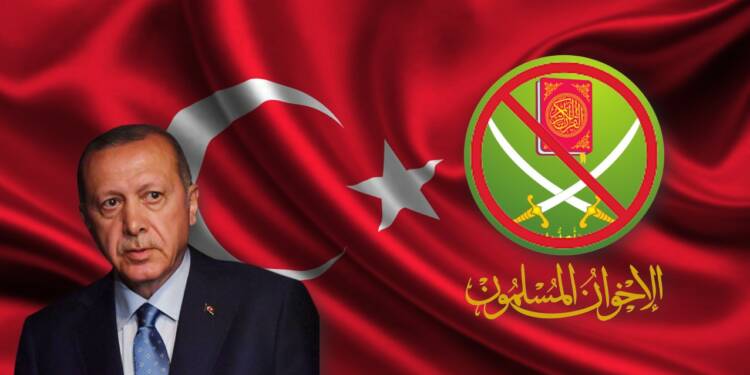 The Muslim Brotherhood – chances are, you have heard its name very often. The group is a terrorist organisation operating mainly in the Middle East. Its influence, however, is rather transcontinental. Unfortunately for it, the Muslim Brotherhood has only two states backing it – Qatar and Turkey. If recent news is anything to go by, Turkey too has decided to kick the extremist group out of its territory. What this means is that the extremist organisation is nearing the end of what has been a century-long career.

According to Turkish daily Hürriyet, Ankara has been conducting secret negotiations with several countries in the region for about a year and a half. According to its report, “the most intense talks were with Israel, which wants Hamas’ members to be deported” from the country. Interestingly, the report has neither been confirmed nor denied by Ankara.

However, Turkey is said to have informed Hamas’ leaders that its “members holding military ranks will not remain in Turkey” and “will not receive military assistance.” Interestingly, Israeli president Isaac Herzog is expected to visit Turkey in March.

The group is considered a terrorist organization by the governments of Bahrain, Egypt, Russia, Syria, Saudi Arabia, United Arab Emirates and Austria. Now, with Turkey joining the party and making it known that the organisation is no longer welcome on its territory, the Muslim Brotherhood stares at an imminent demise.

The extremist group faced a big setback in Tunisia last year as well. A pro-Muslim Brotherhood government was practically thrown out of power by the Tunisian President, who had the backing of the country’s masses. The move garnered tremendous support and applause from the Arab world, with countries like Saudi Arabia, UAE and Egypt celebrating on social media the ousting of a pro-Muslim Brotherhood government in Tunisia.

The Muslim Brotherhood’s Claim to Fame

The Muslim Brotherhood rose to fame during the Arab Spring regime-change protests which broke out all across the Middle East at the beginning of the previous decade. That was an effort of the Obama administration to install Muslim Brotherhood governments in different Middle Eastern countries. During the Arab Spring protests, several leaders announced their intentions to step down at the end of their current terms.

Sudanese President Omar al-Bashir announced that he would not seek re-election in 2015. A similar promise was made by Iraqi Prime Minister Nouri al-Maliki. In Jordan, these protests led to the sacking of four successive governments. In Kuwait, Prime Minister Nasser Al-Sabah’s cabinet resigned as a consequence.

Read more: The beginning of the end of the Muslim Brotherhood is here

But the Muslim Brotherhood’s success was short-lived. In 2013, the Muslim Brotherhood was thrown out of power in Egypt. Things have been pretty much going downhill for the movement ever since. In July last year, the Egyptian Parliament approved legal amendments expanding the government’s ability to fire civil servants with suspected links to terrorist groups without prior disciplinary action, referring to the group’s affiliates. The measure was described as a campaign to “purify” government bodies of members of the extremist group.

The Brotherhood is currently ‘divided’ into at least two factions – one in London and the other in Istanbul. These two factions continue sparring with each other. If Turkey cuts the umbilical cord now, there is no saving the Muslim Brotherhood. It will be gone for good. And going by recent reports, Turkey’s decision is not a matter of ‘if’ any longer.