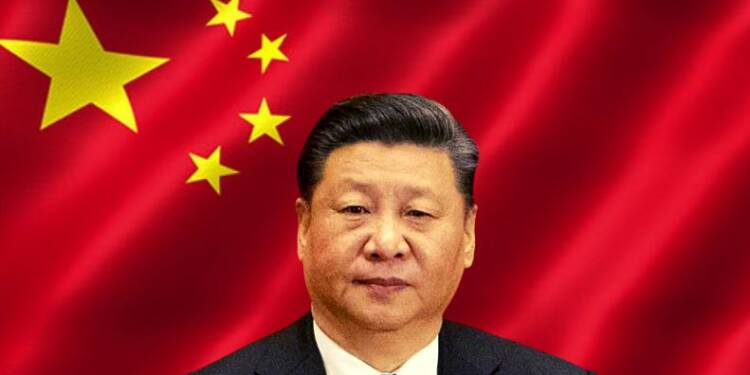 China, which has historically been anti west and pro Russia, seems to be in a confused state right now. As the Ukraine Russia conflict unfolds, China is acting anti-Russia in front of the world but pro-Russia in front of its people inside China. China sometimes seems confused about its stand on the issue or maybe it’s a strategy of the CCP to maintain a balance in its narrative. CCP is known for its different or opposite domestic and international stance on the same issue.

When it comes to the Ukraine – Russia conflict, China has its interests with both the countries. China just doesn’t want to get caught in the crossfire between west and Russia. It already is suffering from deteriorating relations with western countries and taking a pro-Russia stance would further degrade Beijing’s relations with the west. Also, China just can’t go against Russia in front of the Chinese citizens. The Chinese domestic narrative is extremely influenced by and favorable to Russia. Taking an anti-Russia stance within the country may create a great disapproval and dissatisfaction among the Chinese people who think about Russia in great regards.

Russia is the most friendly and dependable neighbor of China. It is also the backbone of Chinese military as most of the Chinese weapons are of Russian origin. Also, Russia fulfills China’s energy (oil and gas) needs. Russia and China also share a common narrative when it comes to the decisions in the UNSC. Both the countries have several times vetoed on the UNSC resolutions (UNSC resolutions against Russia or China) in support of each other. Russia and China are also an important trading partner. In fact, China is the largest trading partner of Russia in terms of both exports and imports.

Though, not to the scale of Russia, but China also has many important strategic interests in Ukraine. From agriculture to naval defense to minerals and raw materials, Ukraine has many things to offer to China. Ukraine is also an important oil and gas producing economy. It has huge reserves and great potential for exploration, extraction and export of many minerals and raw materials like iron, coal, titanium, nickel, copper etc. Ukraine has been an important supplier, maintenance and service provider to many of Chinese naval vessels of Ukrainian origin. Also, Ukraine is an important agriculture products exporter to China.

Though, China has abstained from voting against Russia in UNSC, It has passed several condemnation statements that clearly state that China doesn’t support Russia’s actions in the current conflict. China has also indirectly supported Ukraine through diplomatic channels and has surprised the west through its anti Russia steps.

After suffering so much of damage in the relations with the western countries, China doesn’t want to further damage its international image and relations. It also wants to continue its already good relation with Ukraine once the conflict is resolved. Also, China just doesn’t want to be seen as a Russian influence puppet state in the eyes of the world. These are the reasons why it is acting anti Russia in front of the world.

When it comes to the Chinese domestic narrative on the Russia – Ukraine conflict, it’s quite clear that the Chinese citizens support Russia. Russia, for very long, has enjoyed a very favorable and influential position among the Chinese people. For many Chinese people, Russia is the only real friend of China. They see Russia as a country on which China can depend upon. They believe that if the China – Russia relations suffer any damage, it would make China completely isolated and alone in the world, without any support or friends.

Read More: China is suddenly opposing the war in Ukraine because Xi wants Putin to wait for his re-election

If CCP takes an anti Russia stance in front of the Chinese people, it would definitely upset them and force them to believe that there literally is no country that shares a common ground with China on the world issues. CCP just doesn’t want to upset the Chinese people. It doesn’t want them to turn suspicious about the power, position, influence, decisions and policies of the CCP. Thus, China is using dual face diplomacy in the current Ukraine – Russia conflict.