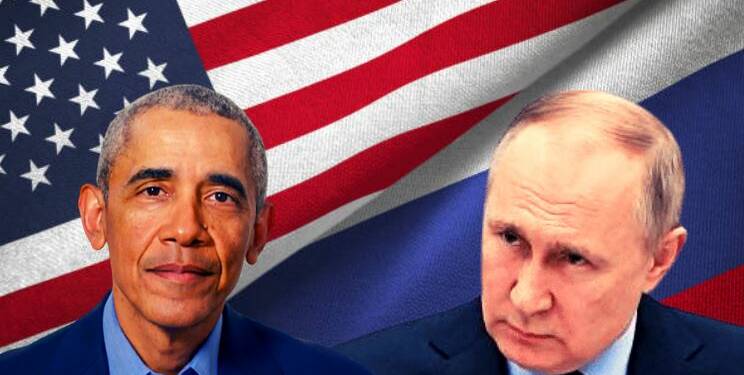 If you have to understand the ongoing Russian invasion into Ukraine, you need to understand Vladimir Putin’s way of thinking. First things first, Putin is not an enemy of the West. If he is actually showing aggression, it is because former US President Barack Obama and his former lieutenant Joe Biden have forced him to turn aggressive. So, how did Putin go from being a pro-American President to someone who just bombed Ukraine left, right and centre? Let’s find out.

How Putin tried to embrace the West?

Vladimir Putin is mostly described by American media channels as an ex-spy or a former KGB agent. He is shown as some sort of a Soviet romanticist.

Yet, Putin is anything but a Soviet apologist. He does not even glorify the Soviet era and as an oligarch himself, the Russian President associates himself more closely with the Russian Empire.

In fact, after Russia faced a prolonged economic crisis under the first Russian President Boris Yeltsin, Putin took it upon himself to power Russia’s economic growth. He understood that he won’t be able to build a mighty Russian Empire by antagonising the West. So, he decided to cooperate.

So, Putin danced with former US President George W Bush, offered to join NATO and started making it clear Russia is a European country that doesn’t want to divide the Continent.

It was due to Putin’s efforts that EU did start trusting Russia. If Europe agreed to become dependent on Russian gas, the credit must go to the Russian President for taking EU leadership into confidence.

Things were going fine between Putin and the West. But then Barack Obama came to power at around the same time when the US was reeling under the 2008 global financial crisis.

Obama represented the American Deep State and the war lobby, which has historically survived by playing up the Russia threat. EU and Russia had started cooperating when Obama came to power and with other conflicts opening up, Moscow had stopped looking like a threat to the West. Yet, Obama imposed his own agenda on the US.

Right from the word go, Obama started talking about enlargement of the NATO and even welcomed Albania and Croatia to the cross-Atlantic alliance. Russia was opposing NATO expansion and therefore this issue became the bone of contention between the two countries.

On the economic front, Obama was battling a shattered US economy. He even had to compromise on American pride. He banked on rising Chinese demand for American bonds to keep interest rates down and avoiding a free fall in the American economy.

Ultimately, Obama had to invent the G2 concept with the US and China leading the world. This definitely made him look weak within the US. So, Obama played the old trick- antagonise Russia. He went as far as aiding a regime change in Ukraine. Pro-Russia Ukrainian President Viktor Yanukovych was toppled and a pro-US leadership came to power. How did Putin react? He annexed Crimea.

Trump did understand that China is a bigger threat. But he couldn’t cooperate with Russia. Democrats were alleging that he had colluded with the Russians during the 2016 polls. So, he kept Russia at a comfortable distance, while allowing Moscow to keep engaging with other Western powers. The former US President focused his attention on China instead and built new doctrines and partnerships in the Indo-Pacific to contain Beijing.

However, Trump was succeeded by Joe Biden, who is literally functioning as Obama 2.0. He has brought back deep State’s urges and barebone diplomacy that projects Russia as an enemy. We are back to the old days in which the US wants the entire Western world to form a common front against Russia.

And this has culminated into the Ukraine invasion with Putin hitting back at the US. Putin was the most pro-American Russian President till date, but Obama and his former lieutenant have forced him to turn into an enemy.

Read more: EU could descend into a civil war after the Ukraine crisis is over