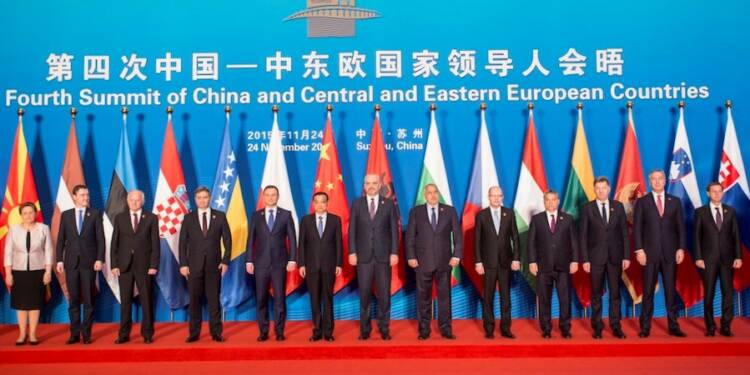 Russia has found an ally in China. The Communist nation of China has not condemned Russia for its invasion of Ukraine, and for its refusal to speak against Vladimir Putin, the world is really annoyed with the CCP. Interestingly though, the Chinese Communist Party does not seem to realise the mess it has gotten itself into. For instance, supporting Russia over Ukraine has spelled doom for China’s Belt and Road Initiative in Europe. That’s a whopping $75 billion-dollar annual jolt to China. Now, China risks losing favour with Central and Eastern European Countries.

Eastern Europe is pretty much feeling threatened right now. The question everyone in this part of the world is asking is this: Who next? Which country will Russia invade after Ukraine? And will China keep supporting Russia even if its military operations precipitate out of Ukraine?

China has much to lose. For one, it has the 16+1 initiative that could very soon be jeopardised. Already riddled with fault lines, particularly after the exit of Lithuania from what was until last year the 17+1 initiative, China’s ties with Central and Eastern Europe stand at a flashpoint. China could either make or break its ties with these 16 odd countries of Europe.

The 16+1 initiative includes twelve EU member states and five Balkan states, aiming to expand cooperation between Beijing and Central and Eastern European member countries, with investments and trade for the development of the CEE region.

Eastern and Central European nations are the most anti-Russia because they feel an immediate sense of threat due to Vladimir Putin’s manoeuvres. It just so happens that this is precisely the same region that China has been eyeing to strengthen its trade and bilateral ties with Europe as a whole. Yet, China has refused to condemn Russia, and if reports are now to be believed, the communist nation may even begin sending military aid to Moscow very soon.

Where does that leave ties between CEE countries and China?

In a pit, of course.

Differences have already been growing between China and Europe, especially countries in Central and Eastern Europe. The Czech Republic President’s decision to skip the ninth summit of the 17+1 initiative citing lack of actual investments had best showcased the differences between Beijing and European capitals. And then, several CEE countries refused to attend the BRI event in 2020.

With Donald Trump around, many Central and Eastern European countries had even signed a declaration with the U.S. to ban China’s 5G network expansion, in a move that crippled Huawei and the CCP’s neo-colonial ambitions.

Europe is in crisis. It is now that European nations are coming to realise who their actual friends are. China is definitely not one. All progress made by Beijing over the past decade to woo Europe into its fold has now been undone. All because China chose to support Russia over Ukraine.

The least that members of the 16+1 initiative expected was a condemnation of the Russian invasion. China refused them even that. Now, it makes no sense for such countries to be in bed with a power that won’t even have the courtesy of condemning Russia in case Putin decides to press his luck beyond Ukraine.