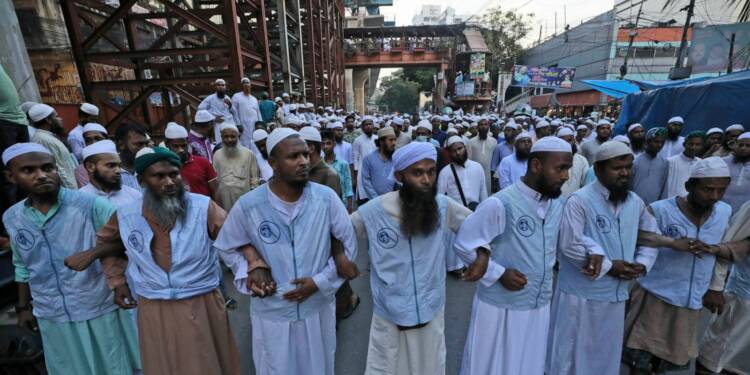 France, India and the European Union (EU) have objected to the declaration of March 15 as the International Day to Combat Islamophobia. On Tuesday, the resolution sponsored by Pakistan was adopted by the members of the UN General Assembly (UNGA).

Now, the global far-left would have been left stunned by the objections of Indian and French diplomats. However, it makes perfect sense. Why? Let’s find out. But for starters, let us keep in mind that many religions face different kinds of discriminatory and violent practices in different parts of the world. Therefore, pointing out just one kind of phobia amounts to sheer ignorance of the issue of religious persecution.

No definition in international law

Nicolas de Rivière, permanent representative of France to the UN, described the resolution as “unsatisfactory” and “problematic”. Rivière pointed out that his country supports the protection of all religious faiths and beliefs.

Addressing only one religion

The EU too expressed its concern about addressing only one side of the issue and a multitude of international days. It pointed out that focus on Islamophobia was an “unnecessary repetition” as the UN has already recognised August 22 as the International Day Commemorating the Victims of Acts of Violence Based on Religion or Belief.

The EU’s statement read, “We are concerned with the approach of addressing only one religion through a General Assembly initiative.”

Other religions too face persecution

The growing Islamo-leftist thought in the Western world is weaving a new narrative, whereby Islamophobia is presented as the only form of religious persecution. Other cases are conveniently ignored.

Permanent Representative of India T.S. Tirumurti called for condemnation of “religious phobia” rather than singling out Islamophobia. He pointed out how Hindus, Sikhs and Buddhists also face discrimination.

In fact, there have been several clear-cut cases of Hinduphobia across the world including an attack on a Hindu family in a park in Mississauga, Canada last year, publication of anti-Hindu opinion in Western media outlets, and attacks on minority Hindus in Pakistan and Bangladesh.

Read more: Dismantling Global Hindutva leads to racial attacks against Hindus in the US and Canada

Similarly, there is an entire history of Sikhs facing hate crimes and violence in the United States. Sikh men often wear turban and sport beards to represent their faith. However, ignorance is deeply infested in the American system that until 2015, the FBI didn’t even start tracking specific hate crimes against the community.

And what about Buddhists? Buddhist monks living in China-occupied Tibet have been mercilessly tortured, tormented and brutally murdered over the past seven decades or so by the Chinese Communist Party (CCP). Should the world not recognise hate against Buddhists? Should the UNGA ignore it? And were the Tibetan Buddhists who die at the hands of CCP authorities lesser humans?

Jews too face relentless bias, hate and discrimination. Anti-semitism, for instance, is still quite real. The Jewish country of Israel itself faces verbal threats of elimination, Holocaust denial theories and distortions continue to find their way into the mainstream, and even political leaders are found directing hate against Jews.