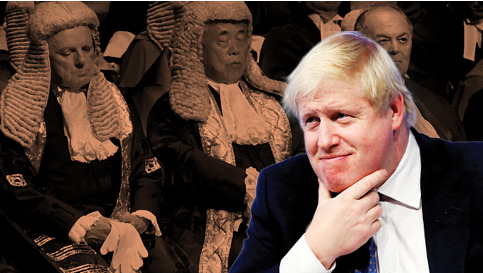 The UK is literally bowing down before the Chinese Communist Party (CCP). It is actually helping China erode Hong Kong’s independent judiciary by withdrawing its judges from the city’s highest court, the Court of Final Appeal.

UK Foreign Secretary Liz Truss said, “We have seen a systematic erosion of liberty and democracy in Hong Kong.”

She added, “Since the National Security Law was imposed, authorities have cracked down on free speech, the free press, and free association.” Truss also claimed that it was “no longer tenable” for her country’s judges to sit on the Court.

How the withdrawal could impact Hong Kong

Make no mistake, Hong Kong has already lost its reputation as a global financial center. The imposition of CCP’s draconian national security law has led to the erosion of human rights and the rule of law in the city.

Till now, Hong Kong’s independent judiciary was more or less guaranteed. The city inherited the common law system on account of its history as a British colony. Even after the 1997 handover to China, Hong Kong retained its British-era judicial system under the “one country, two systems” framework.

In fact, Hong Kong’s highest court is composed of permanent judges and other non-permanent judges coming from Common Law jurisdictions of Australia, Canada, and New Zealand. The involvement of judicial officers from Common Law jurisdictions has also made the former British colony a center of arbitration. Many global law firms are based out of the city and invite top legal talent.

The UK however says that the presence of its judges in Hong Kong courts would lead to a “risk of legitimizing oppression.”

Read more: The downfall of the Chinese economy is being scripted in Hong Kong

Presently, two British judges were serving on the Court of Final Appeal. Both of them have quit in coordination with the UK government’s latest remarks.

This is a fatal blow to Hong Kong’s judicial system. The courts in the city consist of only a handful of Canadian and Australian judges. An Australian judge quit the top court in September 2020, citing the draconian national security law.

However, former Supreme Court of Canada chief justice Beverley McLachlin defended her decision to stay on. She said that the court was “the last bastion of perhaps intact democracy”.

However, this last bastion of Hong Kong’s democracy is now being demolished. And it has been orchestrated by the UK government seemingly in cooperation with the Chinese Communist Party.

Hong Kong had already been chained. Now, it will lose its independent judiciary too.