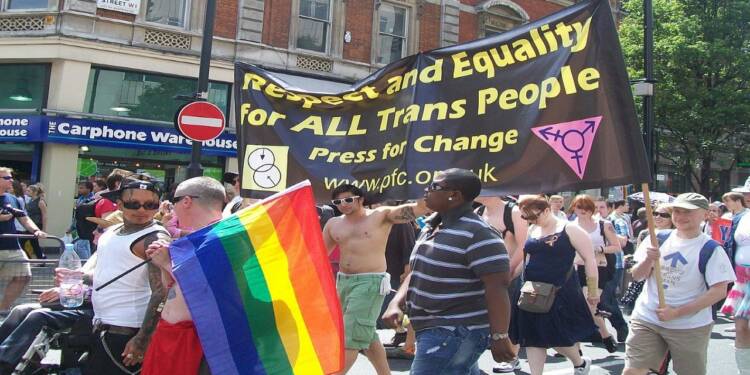 Before we start this segment, we have a small message for all young girls watching this.

If you feel disoriented or if you cannot decipher your fast-changing life at school, you need not worry. You are completely alright. Let no one dictate ‘who you are’ or ‘what you should become’.

Again, if someone forces you to transition into another gender or undergo a surgical procedure, you don’t need to do it. I am not saying this. Experts say this.

'IT'S GONE TOO FAR': Greg Kelly blasted radically-delusional 'gender identity' obsessed teachers and the pandering politicians in Washington who prop them up.

Transgenderism targeting girls in the US

Now, you might be wondering why I gave that little disclaimer before getting to the main issue. Well, because American girls and teens are at risk. They face a risk of being victimized by the transgender movement in the US.

As per The Epoch Times, those advocating against transgenderism say that its main target is girls studying in public schools.

The allegation isn’t without substance. A review of lawsuits filed by parents and cases of suicides/ attempted suicides by schoolchildren being subjected to transgender therapy proves that girls constitute an overwhelming majority of teens being targeted by the transgender movement.

So, why are girls the ones being mostly targeted by the transgender movement? There are many reasons but the main point is that they are more vulnerable, especially during puberty years.

Well, Arthur Schaper, director of Mass Resistance which opposes transgendering minors, states that girls spend more time on social media than boys. So, there is a greater window of opportunity to target them.

Nicole Solas, a senior fellow at the Independent Women’s Forum and a national parent advocate, linked the focus of the transgender movement on girls to anorexia. She said that the disorder is almost exclusive to girls.

Solas said, “Girls hate their bodies at puberty.” She added, “that’s just known about them so they’re an easy target for anyone who wants to manipulate them.”

And the entire process is quite traumatic for girls who are forced to go through a mentally draining gender transition therapy.

Transgender movement campaigners inside America’s schools look for “tomboys”. They are then told that since they don’t like dresses and “girl things”, they are homosexual. Schaper said, “Because girls can get away with dressing up in boys’ clothes, to begin with, corrupt and perverted adults in the public school system are able to covertly push them more subtly and those more easily into this transgenderism madness.”

Now, in some cases, these predatory tricks can get rather brutal. Yaeli Martinez’s case is one such example. Her school in California wanted to convert her into a boy. She resisted the attempts, so the California State got her temporary custody from a family court judge.

Read more: Welcome to the Model California: Any time of year, no healthcare

Yaeli was thereafter given testosterone injections and finally, in 2019, she decided to end the ordeal by walking in front of a train. The State organised her obituary where she was referred to as “Andrew”, much to the anguish of her mother, Abigail Martinez.

A number of lawsuits brought by parents in states like Wisconsin, Florida, and California claim that their daughters were being forcefully or secretly transitioned.

Telling a girl that she should convert her gender because she doesn’t like “girl things” is cruel, unscientific and inhuman. Erica Anderson, a transgender clinical psychologist, too feels that transgenderism has gone too far.

She said, “I think it’s gone too far.” Anderson added, “For a while, we were all happy that society was becoming more accepting and more families than ever were embracing children that were gender variant. Now it’s got to the point where there are kids presenting at clinics whose parents say, ‘This just doesn’t make sense.’ ”

Still, teenage girls across the US are being exploited. Their confusion is being exploited to change their gender identity without their consent and a girl-less society is being created. This threatens to put the US society at risk of serious instability by creating an entire generation of traumatized girls who are forcibly transitioned into men. And then, the US would have created a gender imbalance for itself that, in turn, leads to lower birth rates.

If transgenderism in the US doesn’t stop, we are actually looking at a fractured and girl-less American society in the near future.