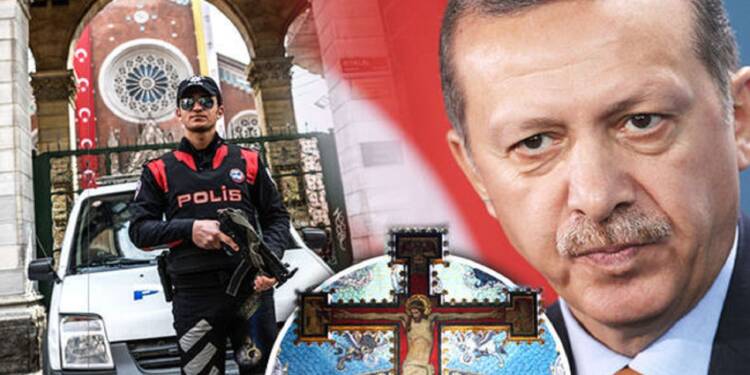 As if a plummeting economy and the drubbings that Ankara received on the diplomatic stage are not enough, Recep Tayyip Erdogan in a spiteful move has turned the majority community against an already ostracized Christian population. Turkey has been doing this kind of thing for a long, after all. But the degree of the hatred committed now drags Turkey to newer lows as reported cases emerge of Christian graves getting desecrated.

Read more: Turkey is in such a bad shape that it is buying a Made in Pakistan fighter jet

The Armenian Stanoz cemetery has a tainted history of being in news for all the wrong reasons. The location stood prey for treasure hunters over the years. The deplorable images of scattered human bones dragged out of the graveyards by the treasure hunters often caught the eyes of netizens on social media. The abominable act committed against the Armenians is one among the thousand many cases that Turkey often fiddles into. No kind of condemnation would startle the sturdy Islamist in Erdogan. Even after the committed crime got into the headlines, the political opposition in Turkey lived through the episode without minding a word of support for the Armenian community. This is the discomforting reality that Turkey currently phases through.

The long history of grave atrocities towards minorities in Turkey seeks no end, as was the case in March when a 300-year-old cemetery belonging to the Yazidis, a community Erdogan loathes, was reportedly destroyed by some unknown individuals. The usual response from the police is lackadaisical, as is the case with the courts that fail to shield the minorities from further impediments.

Read more: After all its attempts at antagonizing failed, Turkey begins wooing Egypt

Mired with policy debacles that spiraled inflation to an all-time high and a looming economy to straighten up, the prospect of Erdogan returning to power remains a far-off bet.

“Yes, everyone is experiencing inflation worldwide, but Turkey is experiencing it at almost four or five times the rate of others,” says Alp Erinç Yeldan, an economist at Istanbul’s Kadir Has University.

The incumbent President’s hope of reaching down to the common masses hedged out after Turkey’s heroic ambition to be an interlocutor in the Ukraine crisis went compounding the problems further after provoking the decision-makers at the Kremlin.

Turkey’s intervention in the Ukraine crisis did receive applause from the west but proved to be nothing for the commoners in Turkey to gloat about. Perhaps, in a final bid to recover the long-lost sheen, Erdogan is tossing his dice of distraction to drive a wedge between an already divided demography in Turkey.

In an environment that already finds it difficult to uphold pluralism, Erdogan could do no wrong in bridging a wide gap between different faith and cultures. It may have its implications and may see an episode of persecution also, but after all the last-ditch effort from Erdogan is sure to seat him comfortably in Ankara for the impending 2023 elections. The Armenian case should be considered in this backdrop.