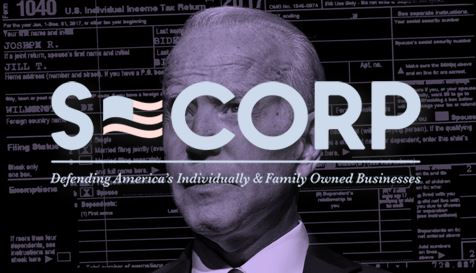 United States President Joe Biden recently released his tax return and the White House wasted no time glorifying this move as Biden’s transparency with the American people. However, this is nothing new. Biden has bragged about his “transparency” in the past too.

Joe and Jill Biden released their jointly filed individual tax returns, but not the corporate tax returns containing details on his S-corporation, that have been the source of the majority of their current income. Biden formed his S-Corporation shortly after he left his position as the Vice President in 2017.

On the one hand, Joe Biden is adamant about taxing the wealthy, but on the other, it appears that his family may have stashed millions under their sleeves.

Actual earnings Vs. S-Corporation — The Smokescreen

For federal tax purposes in the US, an S corporation is any business that has the power to neglect sharing corporate income, losses, deductions, and credits via shareholders, with the benefit of limited liability and relief from “double taxation.”

Between 2016 and 2019, Joe and Jill’s total income rose significantly, from $396,552 to $16,603,421 in adjusted gross income. Their S-corporation constructed about $13 million of Taxes. Aspects of the tax returns that aren’t available to the public are most revealing.

When Joe Biden stepped down as Vice President in 2017, the Bidens disclosed total earnings of $11.1 million, approximately twice as much as they had made in the past 18 years combined. out of this, about $10 million was routed through newly opened CelticCapri and Giacoppa, two S-corporations owned by the Biden family.

The money in those corporations came from speaking engagements and book payments related to Joe’s memoir, ‘Promise Me, Dad,’ and Jill’s memoir, ‘Where the Light Enters’ according to the Biden campaign in a news statement.

But do these books potentially attract so much money? Especially when it comes to political memoirs?

Biden’s book sales were too low to account for all of the money, but it’s possible that the publisher of Biden’s book deal, Flatiron Books, paid a large advance. The company gave Bidens an $8 million advance in 2017.

His 2018 tax form, shows $3 million more income from S-corporations. There are no disclosures inside the tax returns on how much the S-corporations achieved profits.

On Joe Biden’s campaign website, you’ll see the $10 million figure for 2017 and $3 million for 2018. With financial disclosure links to only their tax filings and with no connections to S-corporation tax returns. So, there is a smokescreen about how much-associated S-corporations are earning.

Read More: Hunter Biden ‘secrets’ that China uses as leverage against the US

Western Media and Biden’s closest The New York Times and The Washington Post would be calling for full disclosure if the question concerned former President Donald Trump and one of his sons. However, this situation has prompted them to go into a mode of deafening silence as the matter hangs on to the S-corporation earnings of Biden.

Rather than requesting proof of income, the media has been locked in a loop of reporting on how the President paid his payroll taxes. That is a valid question, but it disregards a much more important one: What are Biden’s S-Corporations’ actual earnings?

Until the proof is shown one way or the other, all hypotheses must be considered fairly. The president may have valid sources for all of his income, and if he does, he should be able to demonstrate it, especially in light of proof of foreign money going through his son and indirect connections to himself.

The White House may argue that the release of the president’s tax returns last week demonstrates Biden’s commitment to being open with the American people about his finances. Yet, the White House should review his S-corporations’ tax records, which date back to their commencement in 2017.

And, if committed, Joe Biden must  ‘Tax the actual Rich’ for the state’s actual public welfare.

Read More: Biden used millions of taxpayers’ money to renovate stadiums in the name of ‘Covid-relief’