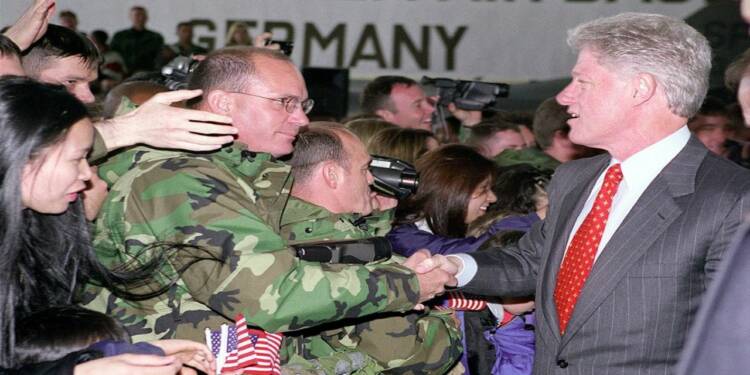 When Russia invaded Ukraine, the Western media expressed a sense of shock. The war has been described as the first armed conflict in Europe since the Second World War.

Well, it is really a lie that the Ukraine war is the first such conflict. Throughout the 1990s, Yugoslavia wars raged in Europe and the Western world committed some of the most brutal human rights violations including the cold-blooded murder of 16 journalists exactly 23 years ago.

During the Kosovo war, the US-led NATO decided to support the Kosovo Liberation Army (KLA), a militia linked to al Qaeda.

In 1999, NATO even launched an aerial campaign against the Serbian and Yugoslavia’s forces. The relentless air campaign continued from March 1999 to June 1999. And on April 23, 1999, NATO went a bit too far, when it targeted Radio Television of Serbia (RTS) headquarters with a missile and murdered 16 journalists.

So, did the West get sanctioned for murdering journalists? Obviously not. Tony Blair, Britain’s then Prime Minister, defended the action. He said that the missile attack was “entirely justified… in damaging and attacking all these targets”. He added that those murdered were part of the “apparatus of dictatorship and power of [Slobodan] Milosevic”.

The British PM also said that “the responsibility for every single part of this action lies with the man [Milosevic] who has engaged in this policy of ethnic cleansing and must be stopped”.

NATO’s military spokesperson Air Commodore David Wilby too declared that the RTS was “a legitimate target which filled the airways with hate and with lies over the years”.

And yes, the US too defended the action and then Pentagon spokesperson Kenneth Bacon said, “Serb TV is as much a part of Milosevic’s murder machine as his military is”.

Ultimately, only one person was charged and punished for the death of 16 journalists, and it was the State broadcaster’s General Manager Dragoljub Milanovic. His crime? He didn’t evacuate the building in time. Apparently, failing to evacuate people was deemed a bigger crime than bombing them.

Of journalists and war crimes

Today, US President Joe Biden may want to haul Saudi Crown Prince Mohammed bin Salman (MBS) over the alleged killing of journalist Jamal Khashoggi, even though MBS denies being involved. However, the US-led NATO itself has the dubious distinction of confessing and defending the murder of 16 journalists.

And the hypocrisy just gets louder when it comes to the Ukraine war. The US says that Russia’s war against Ukraine is unjustified because it negates Ukrainian sovereignty. But then, what about the hundreds of thousands of Iraqis who were killed by the US, because the US government thought that Sadam Hussain had weapons of mass destruction?

And Iraq is just the tip of the iceberg. What about Syria and Afghanistan? Only last year, the US military conducted a botched drone strike in Afghanistan that killed 10 civilians including 7 children. This strike too was dismissed as a tragic mistake and no one got punished for it.

Only a few months ago, six children, including two infants, were killed in Northwest Syria’s Atma town following a US military operation. The US again remained indifferent to the damage caused.  You see, when US forces destroy a ‘target’, they are taking down a representative of the dictatorial regime they are fighting. This representative could be anyone from an innocent journalist to a small child who doesn’t even understand what war means.

Exactly 23 years ago, the US-led NATO committed a major war crime. But like many others of its other war crimes, this one too remains buried under the carpet.

Read more: NATO attempts to undermine India and Quad in the Indo-Pacific