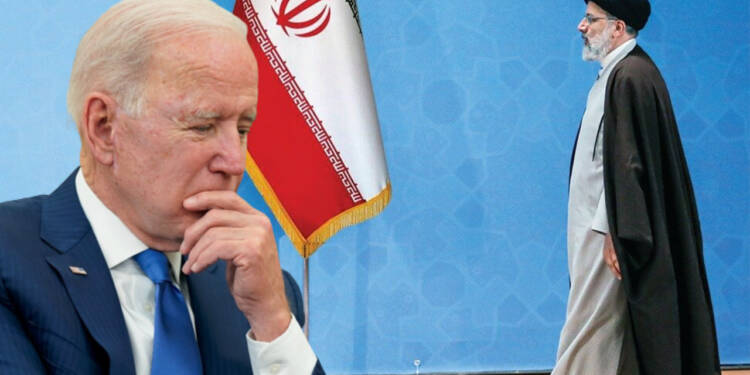 Last May, TFI Global had predicted that American president Joe Biden will use Benjamin Netanyahu’s ouster to push forward his JCPOA agenda. Biden vehemently wanted to revive the Obama-era deal with Iran that Donald Trump had throttled citing security concerns. This prediction truly lived up to the hype. Biden spent his last year in the office wooing Iran into the nuclear deal and lavishing the Islamic republic with sanctions relief and concessions.

Read More: Biden will use Netanyahu’s ‘momentary ouster’ to make the Iran nuclear deal a reality

Biden is close to scrapping the JCPOA revival talks

And now, after one year of futile attempts at pandering to Iran, Biden is finally close to accepting that his Iran policy has turned out to be a disaster all along. Times of Israel on Tuesday reported that US administration officials are closer than ever to admitting defeat on US President Joe Biden’s stated goal to return to the 2015 deal.

The ongoing talks in Vienna have stalled due to Iran’s demand of removing the Islamic Revolutionary Guard Corps from a US terror list. “The possibility that the parties will sign an agreement in the foreseeable future is dwindling at an exponential rate,” Israel Hayom quoted one official as saying. A source cited by Kan suggested that the White House “is much more willing these days than it was in the past” to admit the talks are likely to fail.

What does this mean? Well, this means that Biden will no longer pursue his JCPOA ambitions. But this is not the first time the talks have stalled or the chances of the deal coming to fruition look bleak. When it comes to the JCPOA talks with Iran, the 79-year-old president has shown extraordinary calm and patience. So, what’s behind Biden’s U-turn on his Iran policy and his JCPOA dreams? Well, the answer is Benjamin Netanyahu!

As some political pundits in Israel suggest, Netanyahu could storm back to power after the current political crisis in the Jewish country is settled. Netanyahu recently told a crowd of his supporters that he’ll be back in power very soon. “This year’s holiday has a new flavor, the flavor of hope, a lot of hope,” Netanyahu said. “I meet a lot of citizens who are full of hope, who are hoping and believing that we’ll bring the Israeli government back on the right track, the secure track, the track that will promise security and attainment for all of Israel’s citizens,” Netanyahu further added.

Read More: Netanyahu is coming back

Now, Netanyahu’s comeback is bound to cause unease in the Biden White House. Democrats and Netanyahu have shared animosity since the 2015 JCPOA deal with Iran was inked after the US-led efforts. Biden was the country’s Vice-President back then, and Netanyahu was not pleased with his stance on Iran which is viewed as an existential threat by Jerusalem.

The years-old tussle between Democrats and Netanyahu reemerged when Biden staged a victory in the controversial 2020 US Presidential elections. Biden shied away from calling the Netanyahu-led nation a close ally of the US and even ghosted him initially.

You see, the ties have remained ambivalent between the two leaders for a very long time. However, Biden can’t afford to rile the Israeli leader now since he’s already at loggerheads with other major regional powers in the region including the UAE and Saudi Arabia. The US needs Jerusalem’s backing to sustain its presence and influence in the region.

Secondly, Netanyahu’s cordial ties with Russian President Vladimir Putin will also force Biden to not go hard on Netanyahu. Biden understands that Netanyahu can put the US in hot water by siding with Russia should the US try to undermine Netanyahu’s leadership in the country.

Read More: The personal camaraderie between Putin and Netanyahu made Russia and Israel strong allies but now it’s falling apart

So, that’s Netanyahu’s fear which is now making Biden walk back his stance on the Iranian question.