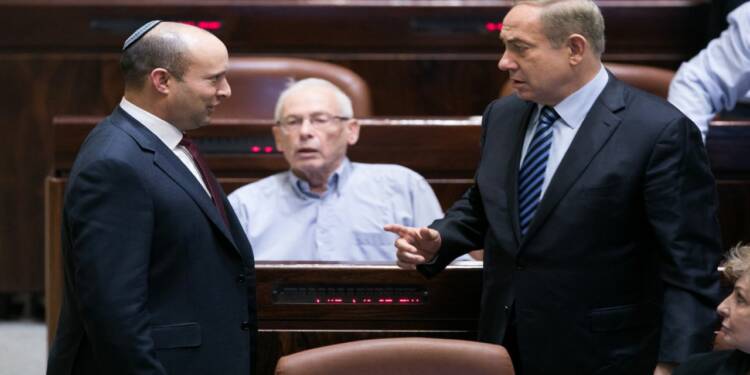 The eight-party coalition led by Bennett has run into trouble and now there is every possibility of a coalition government led by Benjamin Netanyahu’s Likud Party coming back to power. How? Let’s find out.

This effectively means that Israel’s Knesset is now in the middle of major chaos. The coalition has lost the majority and stands on a very weak footing now. And this could leave a small opening for the Likud Party to capitalise upon.

There is also a third option- don’t let the budget pass and the rainbow coalition led by Bennett would automatically fail. But for that to happen, Netanyahu’s Likud will have to wait till the next year and therefore it isn’t quite practical.

The other two options work for Netanyahu. But how is the numbers game stacked up? Let’s find out.

Toppling the Bennett government and re-elections

If Netanyahu decides to topple the incumbent government, he will need the support of at least 61 of the 120 members of the Knesset to pass a resolution dissolving the current Knesset and holding fresh polls.

Given the failure of Bennett’s right-center-left-Arab alliance, it is quite possible that Israelis will put Netanyahu’s Likud in a strong position and ensure that the former PM comes back to power again.

However, dissolving the Knesset will require some support from other opposition parties. Netanyahu’s Likud is the largest party in the Knesset with 29 out of 120 seats. Likud’s allies- Religious Zionism, Shas and United Torah Judaism have a combined tally of 23 seats too. Therefore, Netanyahu will have the direct support of 52 members. He would still need another 9 members to support a resolution dissolving the current Knesset.

So, he will need the support of other factions in the legislature including the six Joint List of Arab lawmakers and some more defections from the Bennett-led coalition government.

A shorter route for Netanyahu is to form an alternative government in the current Knesset so that he doesn’t have to go through fresh polls.

Again, it boils down to the numbers game. Likud Party alliance has a total of 52 members. It is short of the majority mark, but Netanyahu would be looking at the latest defections from the Bennett government. Silman, for example, declared, “I will continue to try to persuade my friends to return home and form a right-wing government.”

She added, “I know I am not the only one who feels this way. Another government can be formed in this Knesset.”

So, there will be a number of lawmakers eager to rally behind Netanyahu and form a truly right-wing government.

This becomes all the more likely given that Gantz is said to be unhappy with Bennett. He enjoyed more power under Netanyahu being the alternate Prime Minister and the frontrunner to succeed Benjamin Netanyahu. He has lost this privilege under Bennett.

Read more: Netanyahu’s not so ‘secret’ plan to topple the Bennett government is here

At the end of the day, Netanyahu is the master of political survival. He managed to serve as the Prime Minister in Israel’s chaotic multi-party system for the longest time. It was followed by the ongoing, ten-month long hiatus. But it seems that Netanyahu is going to come back, after all.

Read more: Two parallel governments are running in Israel as the third one is poised to make a re-entry