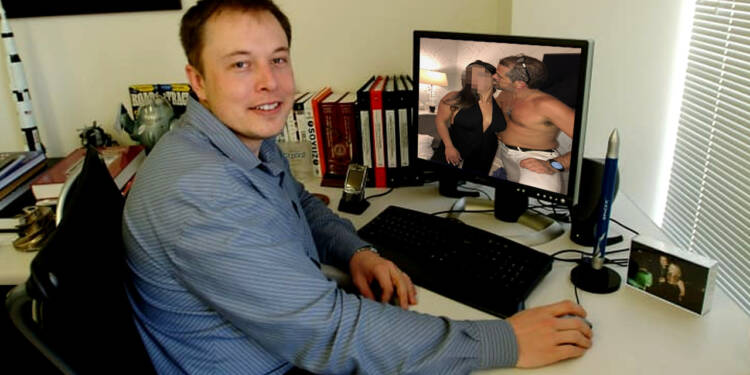 America has many secrets. Nobody knows about them, and anybody talking about their periphery too is brought under the watch of intelligence agencies. However, there is no state-secured secret like that of Hunter Biden’s laptop. The laptop is out-of-bounds for the media, for ordinary Americans, and within the Biden administration. The secret is open to only the father-son duo. I’m talking about Joe Biden and his son, Hunter Biden. The first son’s shady deals across the world, and his personal illegalities as well, are all stored in that infamous laptop.

Elon Musk, the new owner of Twitter, has decided to rekindle the flames of Hunter’s laptop scandal. In 2020, during the peak of the presidential campaign, Twitter had censored the story of Hunter Biden’s laptop, published by the New York Post. Users were not allowed to share links to the story, and New York Post was locked out of its account for two weeks.

Twitter has many snowflakes. On Tuesday, it was revealed that Twitter’s Legal, Policy, and Trust Lead Vijaya Gadde cried at a meeting with employees about Musk purchasing the social media company for $44 billion.

Vijaya Gadde has played an instrumental role in scuttling the voices of people around the world. In the United States, she has led Twitter’s initiative to curb free speech rights and target conservatives on the platform. She also played a big role in former President Donald Trump being de-platformed.

On Wednesday, Elon Musk weighed in and said, “Suspending the Twitter account of a major news organization for publishing a truthful story was obviously incredibly inappropriate.” He was referring to the scuttling of the New York Post’s explosive article, and how the truth was hidden by Twitter at the behest of its then ideological masters.

The laptop contained emails, text messages, photos and financial documents indicating the foreign business dealings of the first son and the Biden family. Elon Musk endorsing the story, and calling out Twitter for ensuring that the truth does not reach the vast majority of Americans at a time they were supposed to make an informed electoral choice shows how the dynamics of the social media platform are about to change.

Twitter’s former CEO and co-founder Jack Dorsey later apologized on the microblogging platform for cunningly banning the New York Post story. Under Musk’s leadership, such brazen censorship will be tossed out of the window.

The Hunter Biden story was undermined by liberal platforms on the basis that it could be fabricated by Russia with intentions to interfere in the US elections, and that Rudy Giuliani could be playing in the hands of foreign powers that wanted former President Donald Trump’s return to the White House.

The censorship of unparalleled gravity was imposed on two stories that were broken by the New York Post on the 14th and 15th of October, 2020. The first story underscored how Joe Biden abused his powers as Vice President to benefit a company that had his son Hunter on its board. The company would pay junior Biden a whopping $50 thousand a month for the mere qualification of being a “close relative” of the then-Vice President Joe Biden. The other story detailed how Hunter Biden and Joe Biden’s brother Jim Biden had pursued a business deal in China that very likely included a “profit participation” by the sitting VP.

The media need not fear getting censored any longer, on Twitter at least. It is now in safe hands, and therefore, now is the best time to expose the glaring criminalities of the Biden clan.