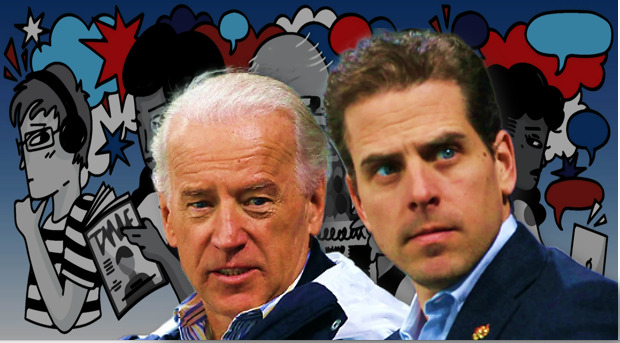 Two weeks ago, New York Times admitted that emails recovered from a MacBook abandoned by Hunter Biden at a Delaware computer store were genuine.

Well, the mainstream media has delayed coverage of the issue well beyond the 2020 Presidential race. Yet, today they are only touching upon the surface and have kept much of the uncomfortable information buried. There are a total of 8 scandals recovered from the abandoned MacBook that the mainstream media never cared to discuss.

$50,000 per month after appointment to Burisma Holdings Board of Directors

Hunter Biden had no experience in the energy sector. Yet, surprisingly, he was appointed to Burisma Holdings Board of Directors with a whopping salary of $50,000 per month.

Read more: Ukraine finally calls Biden’s bluff and asks him to be clear about supporting Ukraine in case of a war with Russia

The appointment took place in 2014 when Hunter’s father, Joe Biden, was handling the US-Ukraine relationship as the US Vice-President in the Obama administration.

So, did Hunter profiteer from his father’s official position? Well, emails recovered from the laptop do suggest that Hunter leveraged his father’s position.

Ukrainian officials had initiated a probe into Burisma Holdings’ founder. Within the US, Republicans suggested that, as the US Vice-President, Joe Biden had sought the firing of Ukraine’s then top prosecutor in order to save his son Hunter Biden. The mainstream media had, of course, ridiculed such allegations as politicking by the Republicans.

The deal ended up giving China control over the realm of cobalt which plays a pivotal role in the EV industry. What is even more shocking is the fact that Hunter had struck the deal with his Chinese partners two weeks after he traveled to the Communist country on Air Force Two with his father.

Read more: Hunter Biden ‘secrets’ that China uses as a leverage against the US

The murky deals in Ukraine and China steal the show. But then, Hunter also received a combined $3.5 million from the former Moscow Mayor’s wife, a Kazakhstan investor, and several other individuals.

And all this money was received when Joe Biden was the US Vice President. This could hold vital clues to more scandals.

Well, Hunter Biden actually had two infamous laptops. The one that got abandoned at a Delaware repair shop and another one that Hunter believed Russians had stolen from him in 2018.

Now, the laptop that was left abandoned at a Delaware repair shop revealed some shocking information about the other laptop supposedly stolen by the Russians. In a video, Hunter could be heard saying that the stolen laptop could leave him vulnerable to blackmail since his father was “running for president” and Hunter talked “about it all the time.”

Was Biden not briefed by the intelligence agencies even after he became the President. And if he was briefed, did the US President and the media simply bury this issue under the carpet?

Polls show that 17 percent of Joe Biden voters would have not voted for him, had they been made aware of the Biden family scandals.

And we do know that the Hunter Biden story was significantly censored. So, the media should ask some questions that it had shrouded in mystery for all this long – did Biden compel the media and big tech into not reporting the Hunter Biden scandal? And another follow-up question is- did Biden hijack the electoral process? Arguably, it disputes the very election of Joe Biden himself.

We remember Joe Biden saying, “I have never discussed, with my son or my brother or with anyone else, anything having to do with their businesses. Period.”

Biden had also claimed that the laptop story was a Russian hoax. Replying to Trump, he had said, “There are 50 former national intelligence folks who said that what he’s accusing me of is a Russian plant. They have said that this has all the … five former heads of the CIA, both parties, say what he’s saying is a bunch of garbage. Nobody believes it except him and his good friend, Rudy Giuliani.”

We have compelling evidence of Joe Biden’s involvement in Hunter Biden’s business dealings. The laptop story is real. The mainstream media too admits.

If the media had even an iota of honesty left, it would have asked Biden- Mr. President did you lie?

But no we won’t see any such questions. Mainstream media buried Biden’s scandals under the carpet and plans to keep them buried for as long as possible.

IDRK Meaning with Explanation and Definition