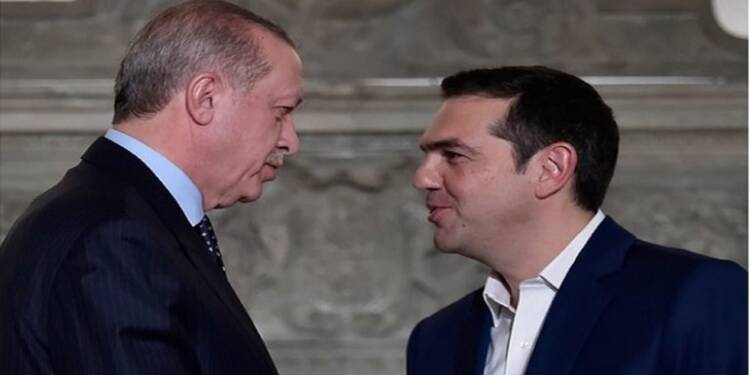 Turkish President Recep Tayyip Erdogan is a desperate man. You see, this Turkish madman thought he could intervene in the war between Russia and Ukraine and bring about peace in Eastern Europe. However, the Istanbul talks between Kyiv and Moscow fell apart faster than snow melts on a sunny day. So, Erdogan’s hopes of emerging as a master negotiator and executor of peace in the eyes of the West were unceremoniously dashed. Now, he’s just an annoyed and angry old man looking to push himself back to relevance, at least domestically.

In pursuit of the same, Recep Tayyip Erdogan is taking all steps to draw Turkey into a war with Greece. Ankara’s aggression against Athens has increased manifold over the past one month. On Thursday, tensions between Turkey and Greece reached a record high, as armed Turkish jets streamed into Greek airspace, conducting more than 125 unauthorized flights within 24 hours.

Greek Foreign Affairs minister Themostoklis Demiris said “these actions are a violation of Greek sovereignty and constitute an unacceptable challenge contrary to fundamental principles of international law.” You must remember that in February, Turkey’s Foreign Minister Mevlüt Çavuşoğlu said the sovereignty of some Greek islands was debatable if Greece fails to “demilitarise” them.

The islands, located in the Aegean Sea, could be Turkey’s one-stop destination to glory. You see, the Aegean Sea is naturally gifted and rich with mineral resources. Turkey wants Greece to keep the islands demilitarised. Greece, on the other hand, refuses to be dictated around by Erdogan on how it should utilise its sovereign territory. This has led to Turkey even suggesting that it could revive its claims over the crucial islands.

Now that is from where the dispute in the Aegean Sea stems. This dispute is what has been causing near-daily Greek and Turkish air force patrols and interception missions in the region.

Greece has maintained an ambiguous stand as far as the militarisation of the Aegean islands is concerned. That is what scares Erdogan. For a man who desperately wants to wrest control over the Eastern Mediterranean, Greece’s militarization of these islands poses a severe challenge. Already, Turkey cannot manoeuvre large fleets in the Aegean Sea and Greece militarising a substantial number of islands quite literally spills water over all of Ankara’s expansionist plans.

After Turkey’s brazen violation of Greece’s airspace on Thursday, Athens has officially announced a freeze to talks with Turkey on the Confidence Building Measures. Additionally, Greece revoked Turkey’s planned participation in the Greece-hosted NATO air drill known as “Tiger Meet”, saying Turkey was “neither an ally nor a friend.”

Greece also summoned Turkey’s top envoy and told him to convey to Erdogan that Turkish forces should behave themselves.

Turkey is facing a tough time with the West, especially the United States. Within NATO, Turkey’s position and influence have considerably decreased. Today, it is seen as a war-mongering nation that is threatening the stability and security of the Mediterranean region as a whole.

Read more: An intentional leak shows Turkey’s plans of invading Greece and Armenia. Erdogan is willing to do anything to win Turkey back

Therefore, Erdogan is inkling for war with Greece. He seems to be of the opinion that if he is already viewed as a devil by the world, why not make moves to expand the Turkish empire that he dreams of recreating? However, if Turkey thinks it can defeat Greece, it is in for a big ride. Turkey’s escalating tensions with Athens will have devastating consequences that will undo Ankara like never before.