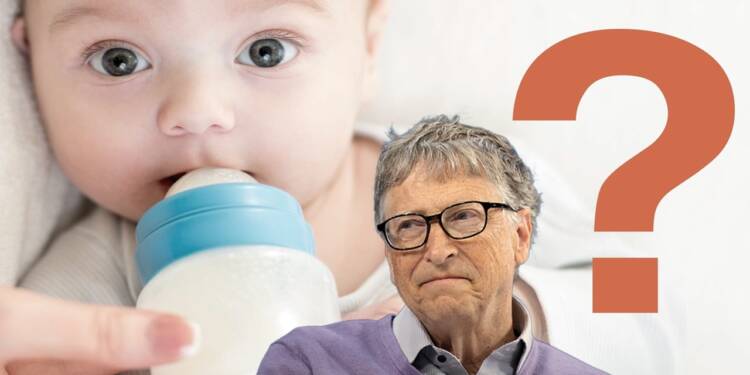 The United States is currently suffering through a major crisis that is pushing the lives of infants in danger. Baby formula, an essential commodity required in the households with infants or toddlers is running short in the United States. This is happening apparently due to major supply-chain disruptions.

Parents across the U.S. are struggling to find the baby formula, driving to local stores and waiting for hours in search of nutrition for their babies. Most experts concerned with the matter say that this is the worst baby formula shortage the US has seen in decades.

The shortage is attributed to a contamination problem at an ‘Abbott Healthcare and Research’ factory that produces much of the Similac formula. The company had to voluntarily shut down the factory in February amidst the consumer complaints about the contaminated formula that was linked to the death of two infants.

Here’s the suspicious part though, this shortage could have been triggered by the pharma lobby and we have a piece of evidence explaining why is it possible.

Bill Gates and the Pharma Lobby

Bill gates and the Pharma lobby have deep roots in the production of factory-based essential commodities. The possibility of this duo being behind this notorious shortage cant be denied.

A new alternative to breast milk is arriving soon. In June 2020, BIOMILQ, a US-based start-up announced that it will be producing artificial human breast milk from cultured human mammary epithelial cells to be commercially available to consumers. The company claims the alternative to be environment friendly as well.

Surprisingly, the company received $3.5 million from a fund that was co-founded by big US Businessmen like Bill Gates, Jeff Bezos, Richard Branson, and Mark Zuckerberg. The fund was established to help prevent the ill effects of climate change.

BIOMILQ co-founder and cell biologist Leila Strickland stated in an interview that with this artificial breastmilk, parents, caretakers, and infants would be given more options for their early-stage nutrition. The product is slated to arrive in the next 3-5 Years.

Hence, it’s quite fishy that just before the arrival of the product, we’re getting to see these supply chain shortages and great uncertainties over restorations have erupted in the factory of the biggest shareholder of the baby food market.

Read More: Soros, Gates, Zuckerberg, Bezos, and Jack – the five men who are running the USA

‘Genius’, ‘Billionaire’, and ‘Philanthropist’, Mr. Bill Gates has a history of being in the rounds of suspicion. There even have been conspiracy theories suggesting that Bill Gates is pushing his agenda in the shadow of the Coronavirus pandemic.

He has even been alleged with creating the virus, pushing the vaccine agenda, justifying lockdowns, and importantly, predicting the duration of a pandemic. None of the allegations are proven yet, but all this indeed is shady.

Read More: Bill Gates – The most influential doctor and the richest farmer in America

Mr. Gates is certainly a man of suspicious character. He and other influential personalities in the Pharma Sector ‘may’ have triggered the shortage of baby food on purpose to make people realize the significance and need for an alternative.