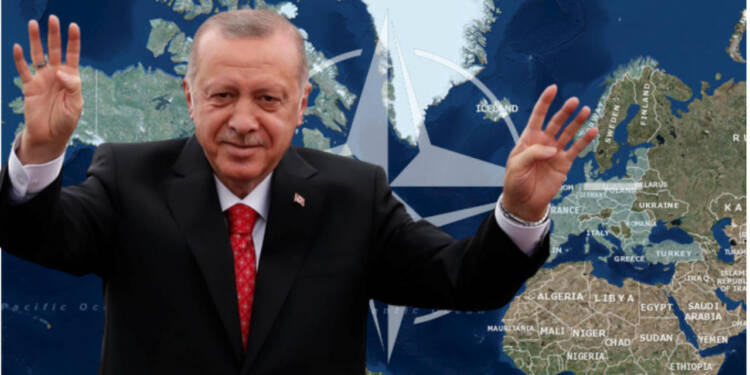 The big NATO Alliance, a goal of Western nations to counter Russia, was on the brink of becoming a reality with Finland and Sweden poised to join NATO anytime.

The Finland President and the Prime Minister had announced their intention of joining NATO, moving the nordic nation which shares an 800-mile border with Russia one step closer to membership in the US-led military alliance.

With this step, it was pretty obvious that Russia will get rattled. But, a NATO nation will get discerned by Finland’s decision, no one could have imagined it. Turkish President Recep Tayyip Erdogan has raised his voice against Finland’s and Sweden’s induction.

Once a country has decided to apply for NATO membership, all of the 30 members of the alliance must agree unanimously to extend a formal invitation, which is followed by membership negotiations. However, given Turkey’s stance, the induction of two Nordic nations is in question.

The point of contention between Turkey and nordic countries is the Kurdish Militant Movement. The Turkish leader justified his rejection by noting Sweden’s and other Scandinavian countries’ support of Kurdish militancy and other alleged terrorists, whom Turkey views as a ‘security’ concern.

Erdogan also lashed at Greece saying he does not want to repeat Turkey’s past “mistake” when it agreed to readmit Greece into NATO’s military wing in 1980.

As per Erdogan, its former action allowed Greece “to take an attitude against Turkey” with NATO’s backing. So, he wants to play safe this time with the induction of nordic countries.

However, there could be another side to the story. It’s possible that Turkey is attempting to appease Russia to get food.

Read More: Turkey will now get food from the EU only if it points its weapons at Russia

The world is seeing food shortages due to the Russia-Ukraine war. As the situation develops, more countries are limiting or prohibiting the export of food grains.

Turkey sought support from Europe to fill its stomach. However, the EU presented Erdogan with a robust list of Terms and Conditions as it wanted Turkey to take a hard stance against Russia. The EU clearly meant that if Turkey wants food, it must play by the rules to strengthen its agricultural relations with the EU in order to bolster its food security.

With Turkey’s potential to veto Finland and Sweden’s induction, it’s very possible that Turkey has turned its back in a bid to blackmail the European Union(EU) for food. Furthermore, Erdogan’s statement will undoubtedly attract Russia’s attention.

Given Turkey’s previous actions in the Black Sea following the sinking of the Moskva. Russia is unlikely to consider Turkey’s food grains first priority. But, Erdogan is a master at changing partners to suit his purposes, and this time is no exception.

Turkey has spoiled the big NATO unification party by standing against Finland’s and Sweden’s induction. The move by Ankara will definitely push the EU and the West to go to the negotiation table with Erdogan. Now, Erdogan will be giving the EU a list of terms and conditions in which he will demand food grains without any exceptions.