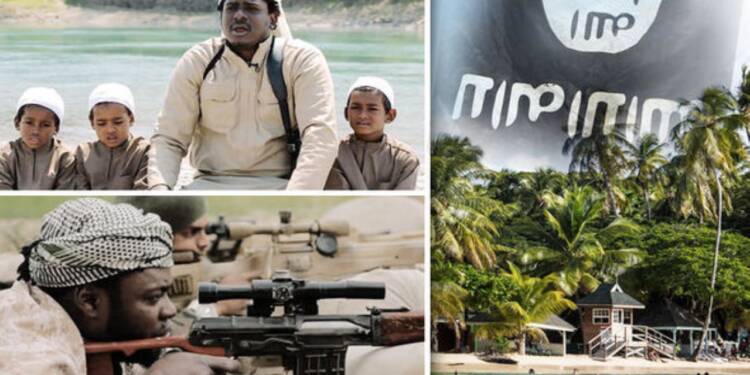 Here are some facts. Drill them in your head for all times to come, because they are very important and will tell you when you need to wake up, smell the coffee and get to work. Islam is an expansionist religion. It is mandated for Muslims to increase their kind, either organically, or inorganically. The inorganic methods, as we all know, can get pretty violent. Yet, whether these inorganic methods of expansion get employed or not depends directly on the proportion of Muslims residing in a country or region.

If Muslims constitute less than 10 percent of the population of a country or region, chances are, they will be the most law-abiding citizens around. They will never create a scene. They will appear to be secular and tolerant of other faiths and communities. They will not look to assert themselves, and neither will they rub their religion on the faces of others.

When Muslims constitute more than 10 percent of the population in a region, they will go on to the ‘victim’ mode. They will co-opt the media and certain political parties and go around the town beating the drum of how they are being victimized as a minority. In this stage, the community will set up its institutions in every nook and corner that they can find. If you do not allow the setting up of such bases, you are the enemy that is victimizing the community.

Then comes the next stage – that of the community crossing the 20 percent threshold in terms of population. Muslims now constitute a significant part of the population. Now, non-Muslims will be given a choice – run, convert or die. This means non-Muslims need to either run for their lives and flee their country, convert to Islam or be prepared to meet their end. In this stage, Muslims will come to yield tremendous street power, and law enforcement agencies will be fearful to take action against them.

India has experienced this. In Kashmir – India’s only Muslim majority region, Hindus and other minorities were massacred and forced to flee their homeland by Islamists.

The Caribbeans and Islam

Something very dangerous is underway in the Caribbean. Muslims from around the world are flocking to this region, which by the way, is crucial to the national security of the United States of America. They are migrating in large numbers and making the Caribbean islands their home. Historically, Muslims in the Caribbean have been law-abiding peaceful citizens.

Now, however, according to a report by the Center for Strategic and International Studies, there have come to exist certain Islamic groups and networks that threaten the region’s security as a whole. This is particularly the case with several problematic mosques that have led to some radicalized groups, especially among the marginalized Afro-Caribbean population.

According to CSIS, “The highest-profile case occurred in Trinidad and Tobago, whose Islamic community sent at least 130 radicalized youth to fight for the Islamic State caliphate from 2014 through 2017. Other examples include the recruitment of Islamic terrorists from Guyana and Trinidad and Tobago in an attempt to bomb the John F. Kennedy airport in 2007. Additionally, communities in Maicao, Colombia, and Margarita Island, Venezuela, have garnered attention from those who follow Islamic terrorist activities and finance.”

Muslims are found in almost each of the 40+ islands that make up the Caribbean. There is an estimated population of half a million Muslims in the region and some 400 to 500 mosques. Suriname, a country in South America that is considered a part of the Caribbean has a whopping 28 percent Muslim population.

Among the English-speaking countries of the Caribbean, the Muslim population ranges from anywhere between 5 to 15 percent. The largest Muslim concentration of those speaking English is found in Guyana, Trinidad, and Tobago where they constitute 13.33 and 8.10 percent of the total population respectively.

Read more: Islamophobia is a myth

The growing Muslim population in the Caribbean basin poses a severe challenge to the demographic stability of the region as a whole. For the United States, the Caribbean is fast becoming a den of Islamism right in its crucial strategic backyard. Only time will tell how damaging the growth of one community proves to be in this part of the world.