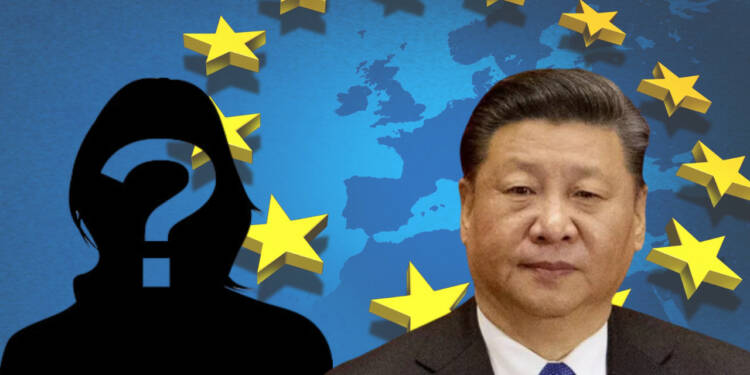 Differences have been growing between China and Europe for a long but now the rate is unprecedented. Europe is in a crisis. It is now that European nations are coming to realize who their actual friends are. China is definitely not one. All progress made by Beijing over the past decade to woo Europe into its fold has now been undone. The war in Ukraine has shifted Europe squarely into the United States’ camp – something that China had been working to prevent for over a decade now. By virtue of Europe siding completely with Washington, there is not much scope that remains for ties between Europe and China to remain functional, leave alone flourish.

For example, one European country after the other is taking anti-China decisions, or issuing statements that hurt bilateral ties with the Communist nation. Behind the growing unison of anti-China rhetoric across Europe is one woman – the foreign minister of Germany, Annalena Baerbock.

Annalena Baerbock has one goal – to decouple Europe from China. To that end, she has been working tirelessly. Recently, after the leak of a documentary showing the brutal reality of China’s human rights abuses in Xinjiang, the German foreign minister had said that China “must explain itself”. Annalena Baerbock added, “These images are horrific and disturbing and they confirm… that the most serious human rights violations are taking place in Xinjiang.”

Taking a step further, now Germany has started reducing its dependence on China in the automobile industry. China and Germany share businesses when it comes to this industry. Germany is known throughout the world for providing luxury cars that last a lifetime. Companies like Audi, BMW, Mercedes, and Volkswagen were born in Germany.

Recently, Germany’s Economy Ministry has refused to provide carmaker Volkswagen with guarantees to cover new investments in China because of concerns over human rights violations in the Xinjiang region.

Interestingly, this is not the first time Germany has taken such a decision. Berlin has already turned down a total of four such applications by Volkswagen clearly stating that Germany won’t pay the debts or let any company secure more ventures in China.

China’s atrocious human rights record and forward-thinking diplomacy by Germany’s foreign minister has led to Switzerland freezing its trade talks with Beijing. Importantly, Switzerland has taken a more serious view of China’s human rights violations in recent times, which is why Beijing has been behaving in a belligerent manner against Bern.

Switzerland and China signed a free trade agreement in 2013. For quite a long time now, Switzerland has been trying to update the accord to extend tariff reductions to more Swiss products and to expand the agreement to include sustainability features. In light of Switzerland’s heightened activism against China, Beijing has not been obliging the European country’s bid to reform the FTA.

Therefore, trade talks between the two have now been stalled.

He added, “Our trade with China has been cut to basically 0.3 percent of what we had.” Beijing also withdrew its ambassador and blocked imports from Lithuania, deleting it from its customs system. The Lithuanian foreign minister also called for countries to reduce economic dependence on autocracies like China.

Read more: Germany brings the focus of the world back to China from Russia

Europe is therefore seen to be rising as a bloc against China. This uprising has only been made possible due to the China hawk in the form of Annalena (Anna) Baerbock, who has taken the reins of German foreign policy into her hands and is making life miserable for Beijing on a daily basis.