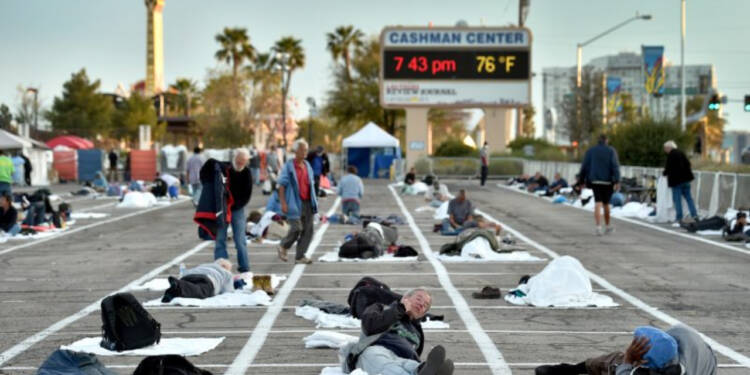 When we talk of European Union, a similar paradigm is visible as prices are 15% overvalued than average rates across the globe. After the Russia Ukraine war, the situation has worsened. European Central Bank (ECB) has warned if the EU’s economic growth continues to weaken or inflation rises faster than expected, then a housing crisis can occur.

The Bloc is sitting on a powder keg, money is crunched out, whereas the cost of living is becoming a major concern. Whereas, the migrant influx is already touching 2015 records as Africans and Ukrainians are waiting to hop into the bloc.

A recent chain of events is indicating that the war has already started to render Europeans homeless.

The aftermath of the Russia-Ukraine war has now started to show effects on EU’s housing sector too. Reportedly, Germany’s largest residential landlord Vonovia is now set to increase rents if high inflation rates persist in Germany.

Europe’s biggest economy has reached the highest level of inflation in nearly half a century.

Rolf Buch, CEO of Vonovia overseeing a portfolio of some 565,000 apartments in an interview published has stated that the company cannot pretend that inflation will not affect rents.

Buch stated, “If inflation is permanently at four percent, rents will also have to rise accordingly each year in the future.”

In Germany, rents have generally been relatively consistent over many decades, leading to a society in which middle-class families reside in rented homes their entire lives.  So, a rate hike makes a sensitive subject for the country as it can push millions to leave their homes and rush for smaller options.

Read More: The Ukraine war is slowly but surely debt-trapping the EU as Germany presses the panic button

If a nation like Germany is set to suffer a housing crisis, it’s quite certain that smaller nations will suffer similar consequences. According to the National Bank of Slovakia (NBS), housing prices have risen by more than 20% compared to 2021 in just four months, which is a record that is not in line with Slovakia’s economic development.

According to the NBS, real estate is overvalued and the banks do not expect a sharp decline, only slower growth. For low-income groups, the housing may become unaffordable. In Slovakia, housing affordability was constantly declining in the second half of 2021. However, the war has ended the declining trend and a steep rise is now visible.

Similarly in the Netherlands, homelessness is on the rise and particularly students struggle to find affordable housing. Individuals who want to buy their first home are going through a nightmare over the past five to ten years. This war has just made things worse.

And hence the Dutch government is doing damage control. The Netherlands is opposing the migrant influx as the nation does not have sufficient space to accommodate migrants without creating tension in its own local neighborhoods.

This migrant influx into the European Union will make things worse in housing and hence, The Dutch government is moving against the European Commission’s plan to bring in more migrant workers from North Africa to help with staff shortages.

Italy’s opposition leader Matteo Salvini is also pushing to revert the African and Ukrainian Migrants. Matteo Salvini has warned that if the war in Ukraine does not end soon, severe food shortages in Africa will cause an immigration wave that will lead to more than 20 million African migrants trying to enter Europe.

Read More: After EU intervenes in its internal matter, Turkey unleashed a migrant war on the continent

The war is entering its 100th day, and with food and fuel shortages the Europeans are already fed up. If strong decision-making does not takes place inside Brussels. Then be very certain that the Bloc is heading to make its citizens homeless.