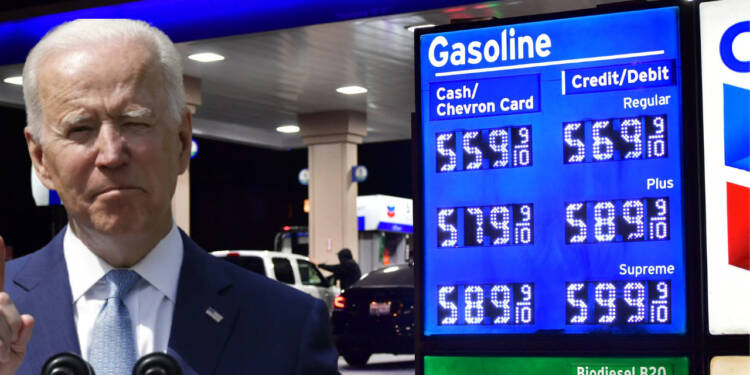 Amidst the Russia-Ukraine war, Americans are grappling with a 41% spike in gas prices. America is facing the worst gas inflation in 40 years, which has forced the Federal Reserve to raise interest rates so aggressively that markets are in turmoil and recession risks are rising.

Amidst soaring consumer fuel prices, President Joe Biden comes up with a plan. Biden desires to have a federal gas tax holiday and also a three-month reprieve on federal and gasoline taxes. Well, this is an idea that erstwhile president Barack Obama might call a political ‘gimmick’.

In the spring of 2008, when the gas prices were barreling toward record highs, presidential candidates back then pitched the idea of a gas tax holiday. Erstwhile President Barack Obama dismissed the idea by calling it a political ‘gimmick’ designed purely to win votes. The easiest thing in the world for a politician to do is to tell you exactly what you want to hear,” Obama stated in April 2008.

Ironically, Obama’s then the vice president is now pushing the idea of a gas tax holiday to ease the strain of record-high gas prices. President Joe Biden wishes to have a three-month pause on the 18.3-cent-per-gallon federal tax. A gas holiday would deliver a swift relief to the consumers by lowering retail gasoline prices by as much as 18 cents a gallon.

It won’t solve the problem

A gas holiday would do nothing to fix the supply shock driving up prices, not just for gasoline but diesel and jet fuel too. Moreover, it will also push the demands in the wrong direction. Artificially lowering the prices would support buying gasoline, and suspending the gas tax would also effectively encourage the use of gasoline, which runs contrary to the Biden administration’s ambitious climate goals that call for moving away from fossil fuels.  Along with that, this also drives concern of the companies not passing along the entire savings from a gas tax holiday.

“Barack Obama was right. A gas tax holiday was a bad idea in 2008 and it’s a bad idea today,” Senator Bernie Sanders wrote on Twitter in March.

Gas prices have been skyrocketing in the US which is driving people in a bad mood but it’s worth considering that the idea will work against the objective in the longer run. Biden should acknowledge that the gas tax idea might look like it solves the problem today but actually, it doesn’t, it will create more problems down the road. The former US president, Obama was smart enough to spot the issues and ridicule the idea back then.

Collection of 26 Arrogance quotes and captions