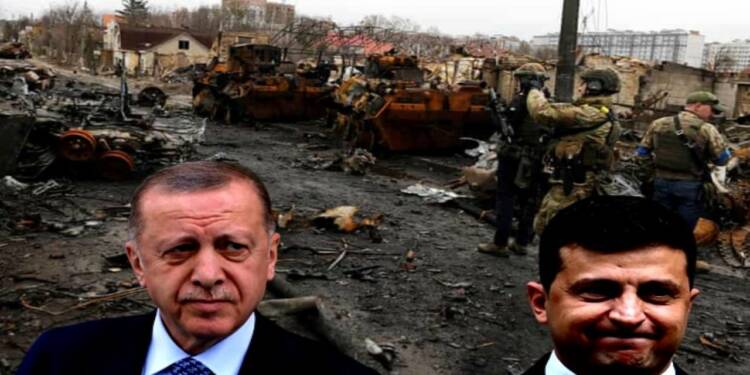 Western media has tried to paint a false rhetoric from day one of the Russo-Ukraine war. Ukraine was portrayed to be this mighty force that could annihilate the Russians. But, anyone with the most basic knowledge of geopolitics would explain how there is no way the Ukrainians could beat the Russian.

However, the inevitability of the Russian victory is now a near sight. EU’s and Biden’s plan to drive Moscow towards an economic collapse has failed and even backfired with their own economies suffering heavily. US President Biden even instructed his officials to tone down pro-Ukraine sentiments. Perhaps the Overton window has shifted and any dreams of a Ukrainian victory have been shattered.

Turkish company Baykar has been valuable for developing state-of-the-art drone systems for the Turkish army. The company has provided Turkey’s defence forces with a series of unmanned aerial machines used mainly for research and scouting purposes. Some models, however, are capable of conducting aerial strikes.

It is rumoured that Turkey’s regional partners in Azerbaijan and Libya won their respective wars with the assistance of these drones. The role of these drones is also said to have been a game-changer in the Turkish war against the PKK  (Kurdistan Workers’ Party ) and the operations in Syria.

Ukraine is also reported to have sourced these drones in its war against Russia. However, Erdogan has now been reluctant to supply these drones to Kyiv.

Turkey claims to be a neutral party that could be trusted to “Broker” a peace agreement. The President of Turkey’s Defense Industry Agency Ismail Demir said that his country is “much more careful” nowadays when it comes to selling drones to Kyiv. According to him, “Turkiye is the only country I guess that can give a call to both parties and call them to the peace table. How can you do this if you send tens of thousands of weapons to one side?”

Turkey is now anxious regarding the supply of its “great” drones to Ukraine. Erdogan understands the inevitability of Russian victory and does not want to involve Turkey’s indigenously developed weapons to be a part of the losing camp.

It would indeed be a blow to Erdogan’s claim of military supremacy and Turkey’s advanced military-industrial complex if further exports of its world-renowned armed drones didn’t result in a swift victory for the Ukrainians.  Moreover, Ankara’s new rhetoric seems to align with that of the Western media. You see, all the parties that vehemently supported Ukraine are now pushing for a ceasefire and are slowly isolating Zelensky to fight a war he can never win.