Now, it seems that Marcos Jr is genuinely willing to rub the 'pro-China' label off of him by taking significant steps that are poised to harm Chinese interests in the country. 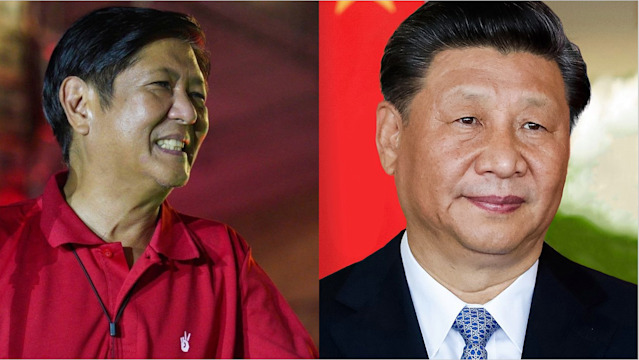 When the Philippines went to the polls two months back, choosing a new president was really a tedious task. Two starkly opposite candidates had entered the electoral fray, pro-China Ferdinand “Bongbong” Marcos Jr and an independent, China-hawk candidate named Leni Robredo.

For the Filipinos, Bongbong eventually emerged as the top favourite for the Presidential post. Geopolitical experts around the world labelled him as a pro-China leader or a leader who will carry forward the subservient legacy of former President Rodrigo Duterte towards China.

Now, it seems that Marcos Jr is genuinely willing to rub this label off of him by taking significant steps that are poised to harm Chinese interests in the country.

Marcos Jr has announced that he wants the Philippines to renegotiate loans on China-backed rail projects, in a big setback for China. The newly elected leader has instructed the transport ministry to renegotiate the loan agreements that were struck by his predecessor with China for railway projects worth $4.90 billion.

The formal development assistance loan agreements for the three projects, according to transportation undersecretary Cesar Chavez, were deemed “withdrawn” when the Chinese government “failed to act on the financial requests” made by the administration of former-President Rodrigo Duterte.

Read More: China dove Ferdinand Marcos may never come to power in the Philippines. The reason is Leni Robredo

However, the negotiations for the rail projects began in 2018 under the administration of Duterte, who maintained warmer ties with China. The former president set aside the longstanding territorial spat over the South China Sea in exchange for billions of dollars of aid, loans and investment pledges, including for his infrastructure programme.

But the renegotiation of the China-backed loan agreements comes as a rude shock for China whose ambitions of expanding the economic and diplomatic clout over the country have now been shattered. China is already worried about the bleak prospects of its plans in the country.

A Chinese official said on condition of anonymity: “I can say China-Philippines cooperation over rail will continue. China is open for discussions with the Philippines.”

Marcos has spoken strongly of the significance of maintaining ties with China; however, he also vows to maintain the national sovereignty of the Philippines

Marcos- Trying to calm the fears of the business community

Apart from representing a dark era of human rights violations and repression in the Philippines from 1965 to 1986, Marcos is a pro-Chinese leader, whose presidency has become a point of concern for the Filipinos and especially the business community.

The business community in the Philippines seems to have remembered what Bongbong’s father had done to the economy. Today, Philippine businesses seem to be worried that Bongbong too will sell off the country to the Chinese in order to enrich himself at the expense of his country’s businessmen and industrialists. They feel that a pro-China leader will jeopardise the country’s business environment and push it towards a tragedy, just like Duterte.

Read More: Big corporations in the Philippines threaten to flee the country if pro-China Marcos wins the elections

Marcos is now in a bid to practise course correction or maybe this is what he wants the Filipinos to believe. Perhaps Marcos is now trying to allay the fears of the people of his country and the business community. The business community started to find a way out of the country as soon as Bongbong got elected as the president. Ongpin, a Philippine businessman, had said before the elections that industrialists and franchises remain dreadful about the idea of a Bongbong administration coming to power.

Therefore, this can be a strategy of Marcos to take the people of his country and the business community in confidence. Bong Bong Marcos Jr. is now playing a safe game and now wants China to kiss its loan agreements goodbye so that a Sri Lanka or Laos-like economic crisis in the Philippines is averted. His message to the Filipinos is thus loud and clear—He won’t shy away from standing up to China when it’s about serving the interests of his country.