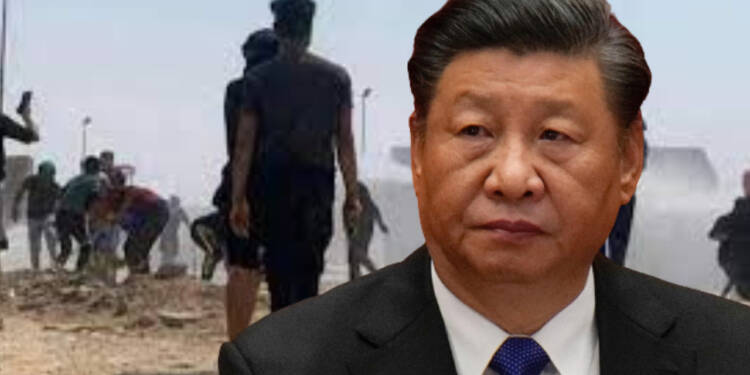 Iraq is a blessing in disguise for China’s Belt and Road Initiative. Baghdad’s energy resources and strategic location close to the Persian Gulf and Strait of Hormuz make it strategically significant.

Beijing is prepared to expand its influence as the United States has pulled out of the region, and improving economic ties with Baghdad will likely eventually translate into political power.

Energy cooperation has been a cornerstone of China-Iraq relations since 1981 when the China Petroleum Engineering and Construction Corporation began operations in the country.

However, amid the ongoing political upheaval in the country, protests have been going around near the sites where the company operates, endangering the safety of the employees. According to local media reports, the protesters have demanded to save some water and improve services and infrastructure for the march in the district. Reportedly, the police recently used live bullets to disperse a demonstration near the offices of the Chinese oil business in Maysan, in the southern governorate of Iraq.

Read More: US springs back into the middle east with setting Iraq on fire

Demonstrators and security personnel engaged in a confrontation in the al-Kahla neighbourhood southeast of Maysan, according to witnesses who were quoted by a local media outlet.

Analysts now predict that PetroChina may quit Iraq if these protests persist. In the event that the demonstrators continue to interfere with its security and the welfare of its workers, the China Petroleum Engineering and Construction Corporation has vowed to quit the nation or relocate to another location.

China has continued to advance in the Middle East despite the ongoing unrest in the region. According to a report from Shanghai’s Fudan University, China signed a new construction contract in Iraq for almost $10.5 billion in 2021, which accounted for a significant chunk of Chinese investments in BRI the previous year.

Iraq is currently under a redevelopment phase after the Islamic State era. China has long built influence in such nations by providing infrastructural aid. Beijing was eyeing the huge market in Iraq’s real estate sector. Both nations had a record bilateral trade of $30 billion in 2018.

Read More: Iranian terrorists will be allowed to visit America under the new JCPOA deal

From a geopolitical perspective, the US has long desired to withdraw all of its stakes from the Middle East. However, Washington is concerned that other powers like China would usurp the influence it has accrued over many decades in the region.

China, however, had not been able to completely achieve its aims in the region, while having undoubtedly made great strides in Iraq. Beijing’s ambitions have been appearing to have been dashed by recent developments in Iraq. Additionally, the ongoing talks between the USA and Iran for the revival of the JCPOA agreement could improve ties between both nations, which does not suit Beijing’s interest in the region.

Collection of 25 Irritating quotes and captions