Canada has been an isle of peace, opportunities, tolerance, and harmony since it came into existence. The unification of Canada was a result of painstaking efforts of many great men over the years. But today, Canada stands at a crucial juncture and is at the brink of balkanization. 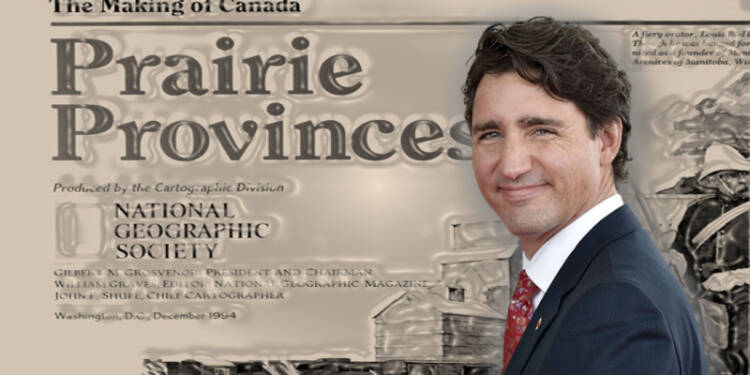 In 1839, British politician Lord Durham proposed a radical idea. He filed a report on the Affairs of British North America which will come to be known as the Durham Report. The report called for the union of Upper and Lower Canada. In 1841 this idea was realized as the unification of Upper and Lower Canada which became Canada West and Canada East. But the idea of a unified Canada, as we know it, remained a farfetched dream.

The United States of America was an independent nation by now and many in Canada feared a hostile takeover of their country. The violence and pandemonium that ensued in American Civil War sent chills down the spines of the political class in the two Canadas. The US then went on to purchase Alaska in 1867, exacerbating the fears of an attack by the US. There was a need for a unified Canada run by a single government. But it was not that easy to walk that talk. English Protestants in Canada West were suspicious of French Catholic power in Canada East and vice versa.

The breakthrough came in 1864 when Canada’s four major political groups got into a grand coalition to give Canada a single government and a singular identity. The country expanded with the addition of Manitoba in 1870. The Yukon territory came into existence in 1898 and the provinces of Alberta and Saskatchewan joined Canada in 1905. Since then, Canada has been an isle of peace, calm, prosperity, opportunities, tolerance, and harmony.

But the work of Lord Durham, John A. Macdonald, George Brown, and many more who oversaw the unification of Canada stands at a critical juncture today. Canada today stands at the brink of getting divided into several small hostile units, just like the Habsburg Empire broke into small, antagonistic states in the aftermath of the first world war. A process that came to be known as Balkanization.

The root cause of all the perils Canada faces today falls on the shoulders of Justin Trudeau, a liberal moron, and a product of nepotistic politics.

Former Alberta Premier Jason Kenney who was elected in 2019 infamously proposed that Alberta should become more independent from the rest of Canada. He even touted the idea of creating an independent police force and pension plan. Kenney was met with opposition from angry Canadians who didn’t want to break away from their country and the premier earned such a bad name that even his own party has almost retired him. But what about his successor?

His successor is firebrand Danielle Smith, who has even more radical ideas. She wishes to introduce the Alberta Sovereignty Act as the first order of business upon being sworn in as premier. She has also mentioned on several occasions that Alberta government will ignore any federal edict, it believes is not in the best interests of the province. Smith is several blocks right of Kenney when it comes to the question of Alberta’s sovereignty within Canada. But Smith has high approval ratings, she is not blocked and booed, and her victory is guaranteed. So, what changed in these 3 years? We will answer that question later.

Let’s visit the neighboring Saskatchewan first. Saskatchewan Premier Scott Moe has already crossed swords with Ottawa. Last November, Moe said that he wants to make the province “a nation within a nation.” And just like Smith, Moe has high approval ratings and he is not blocked and booed.

The scenario in the third prairie province of Manitoba is not too dissimilar although it’s far from shaping into a movement.

So, what is causing this deep distrust between these provinces and the Capital. The answer is both complicated and simple. The simple answer is political, and the complex answer is more anthropological.

The cries of separatism were never heard in the streets of Canada during those years when a Conservative government was running the country. But now that a Trudeau is in power, the clamor is deafening. Had Stephen Harper remained the prime minister, this wouldn’t have happened. Likewise, if a Pierre Poilievre becomes the next prime minister, the separatist movement will die down naturally.

Now let us come to the anthropological part of it. What sows seeds of distrust between two individuals, two provinces, two nations or two blocs? It is the difference of ideologies, difference of lifestyle, difference of worldview.

The group not in power always suspects that the other group will, someday, impose its ideologies, lifestyle, and worldview on it. The same thing happened in the US when Texas, New Mexico and other conventionally conservative states feared a hostile takeover of their way of life by elites in the Biden administration. Biden Administration elevated their fears by banning drilling and fracking in fossil fuel rich states and imposing strict green laws in agrarian states. Now Trudeau is barging into farmlands in Saskatchewan and hounding Albertans with his RCMP. And the result is right before our eyes.

As I said earlier, the work of Lord Durham, John A. Macdonald, George Brown, and many more who oversaw the unification of Canada stands at a critical juncture today. Canada today stands at the brink of getting divided into several small hostile units, just like the Habsburg Empire broke into small, antagonistic states in the aftermath of the first world war. And for Canada, the solution to avoid such a catastrophe lies in weeding out the source of the problem. The Man. The Prime Minister.