Moscow has come up with a far better strategy that includes backing down in Kherson and Kharkiv, so as to scatter Ukrainian forces from the capital city 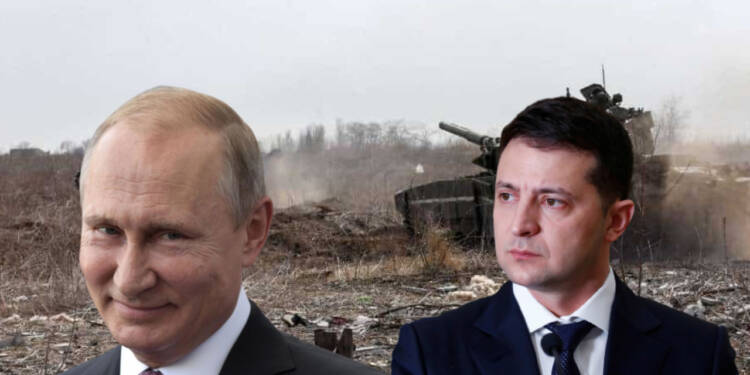 The Russian-Ukraine conflict has stretched far longer than most experts had previously analyzed. Moscow, the superior force in the battle, has had its share of victories and losses in the war to date.

It is a fact well known that Russian President Putin had not exactly unleashed Moscow’s full potential in the war so as to keep the troops’ suffering at minimum levels. He defended Russia’s slow progress in eastern Ukraine, saying the military was avoiding a full-scale assault on Ukrainian soil.

However, it seems like the Russians are done beating around the bush now. Major developments have taken place in the east and south regions of Ukraine over the past week. The Zelensky regime is celebrating the said developments, but we guess they are too artless to understand Putin for the geopolitical strategist he is.

Ukraine’s President Volodymyr Zelensky has said that the Ukrainian troops have “liberated dozens of settlements” and reclaimed more than 1,000 square kilometres (385 square miles) of territory in the Kharkiv region in the east as well as in the Kherson region in the south, over the past week.

The Ukrainian military said it has advanced nearly 50km (31 miles) through that front, after an assault that appeared to take the Russians by surprise.

Well, what is actually surprising is how the Ukrainian forces could suddenly overpower the Russians who were comfortably holding down the region for so many days. It looks like it was quite easy for Ukrainian forces to go in and swoop the gains just like that.

The west and Kyiv seem to be enjoying this feat but is it even a feat? If one scrutinizes the geopolitical happenings in the region, it doesn’t appear so. It would not be the first time that Putin would employ the distraction factor to get what he wants.

Russian armed forces previously attacked from the north toward Kyiv and from the south toward Odessa. It was a pure strategy from Putin as their main goal was the liberation of Donbas. Russia’s plan was to divert Ukraine’s attention and scatter its troops and arms. Once scattered it became much easier for the Russians to occupy Donetsk and Luhansk.

Now, the war is treading towards the colder months and it would be difficult for the Russians to hold positions in an enemy state in such inhospitable weather.

Consequently, Moscow has come up with a far better strategy that includes backing down in Kherson and Kharkiv, so as to scatter Ukrainian forces from the capital city towards these regions and away from Kyiv. Once the Ukraine forces retake these areas, they would surely deploy permanent bases to defend the lost cities.

However, the ramped-up defences in exterior regions would weaken Kyiv which would then be ripe and ready for the taking.

Read More: The Russia-Ukraine war has rendered the UN and the West untouchables in Mali

The Kremlin has already suspended all energy exports to Europe until Europe suspends all the sanctions. As a result, Europe is weaker than ever and would think more than once before further angering Russia by assisting Ukraine anymore.

The west would not legally join the war because Ukraine is essentially not a part of NATO. It is quite evident that Kyiv is on its own now and with its forces scattered, it would be much easier for Moscow to capture the capital and put an end to the war.

Therefore, it would be better if Zelensky contains his excitement and begs the Americans for personnel to fight his war. Otherwise, Russia will attack Ukraine during its weakest days, and the war will eventually come to an end.