Beijing Airport canceled more than 6,000 domestic flights and international flights. Also, all tickets sold by the high-speed rail are suspended, and the rail is completely stopped until further notice 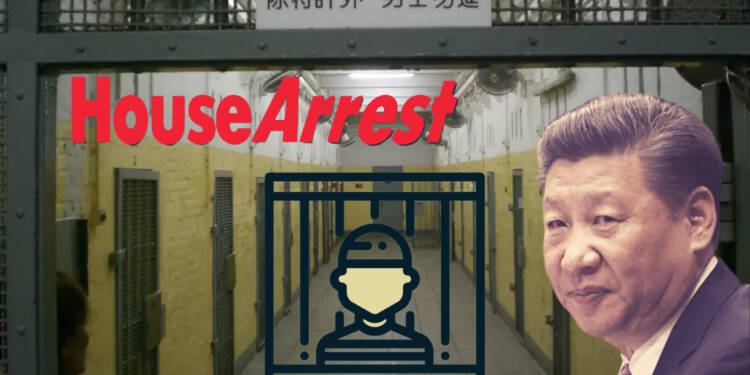 For the last two years, there was no place like home for Chinese President Xi Jinping. He had not moved out of his home in Beijing and was not meeting any world leader, not even any prominent CCP leader.

However, on September 14th, the tyrant leader finally moved out of his home for an SCO meeting in Samarkand, Uzbekistan. After a hiatus of two years, Xi departed for Central Asia by a special flight and attended the 22nd Summit of the Council of Heads of State of the Shanghai Cooperation Organization (SCO).

But, despite being the founding member of SCO, the Chinese leader did not actively participate in the summit. He didn’t give any memorable speech at the inauguration of the summit, nor did he meet Vladimir Putin, Narendra Modi, or any other major leader of the group on the sidelines of the summit.

Furthermore, he didn’t have an informal dinner with his bonhomie Putin due to “COVID-19 concerns”. It was later discovered that Xi had troubledly left for Beijing before the official winding up of the SCO Summit. Maybe he was worried and afraid about something huge and sinister.

Now, the reports coming out of Beijing could rock the world. Global media has no idea what is going on with Xi Jinping at his home. Honestly, at this point those who want the tyrant to remain in power should forget about his third term; it appears that CCP veterans have already crushed his lust for power.

Chinese netizens have stormed Social Media timelines with reports that Beijing is under military seizure. The world, though, has no idea of what’s happening because the city is eventually cut off from the world.

For those who don’t know, the purpose of CGB is to provide close personnel protection to members of the Politburo Standing Committee and other CCP leaders. The committee is also responsible for the protection of Xi Jinping.

As Hu and Wen retook control of CGB, information was conveyed to Jiang Zeng and the Central Committee members in Beijing via telephone. The original standing committee members abolished Xi’s military authority at that very moment.

Xi returned to Beijing on the evening of 16th September after learning the truth. However, Xi Jinping was detained at the airport and most probably is currently being held under house arrest in Zhongnanhai’s house.

Read More: CCP’s shaky definition of Democracy in China proves how things have changed since March 2020

A roadmap was already prepared

The current situation is being controlled by Hu Jintao. If the reports are believed to be true, this is one of the biggest happenings in China after the Chinese Virus outbreak in 2019. For the last ten days, political meetings are taking place behind the closed doors and in utter secrecy. Here is the comprehensive information of those last ten days:

On September 8th, the reform meeting of the finalizing committee was chaired by two vice-chairmen. The chairman of the operations, who is a loyalist to Xi, was removed from the meeting. Commander Li Qiaoming sat in the middle of the first row under the stage to participate in the meeting. Li Qiaoming, a General of PLA had already made his mind that he would no longer accept the diktats of the Chinese President.

Now as Xi was out in Samarkand, Hu and Wen met Song Ping and persuaded him to turn rogue against Xi Jinping, who is about to go for his third term in power. Ping agreed to do so and then, Xi was detained by his own CGB guards.

The former CCP leaders foresaw that Xi Jinping’s loyalists would undoubtedly use aggression to topple Xi Jinping house arrest. Here, Li Qiaoming entered the scene. Qiaoming now has turned Beijing into a military fort. A large 80km convoy entered Beijing and closed all possible exits of the city. According to the source, the PLA is blocking highways and is currently said to be detaining protesters.

As the political unrest in Beijing was made known to Russian intelligence, Russian energy giant Gazprom momentarily halted gas flow through the Power of Siberia pipeline that sent Russian gas to China. Though Russia justified the cut as “scheduled maintenance work,” one can predict clearly that it was done to support Xi Jinping by making the protests uglier.

Read More: Democracy in China? Three CCP veterans are working towards it

Moreover, the netizens on Social Media have reported that over the last two days, Beijing airport canceled more than 6,000 domestic flights and international flights. Also, all tickets sold by the high-speed rail are suspended, and the rail is completely put out of function until further notice. Hours later, Chinese Civil Aviation notified airlines with Boeing MAX aircraft to resume their service.

Now, let’s look at what happened yesterday. National defense was discussed at a Military Commission meeting yesterday. What remarkable here is the presence of Shenyang Kang in that meeting, who was fired by Xi Jinping. Li Qiaoming was again seated in the middle of the front row.

The current first elder of the CCP, Song Ping, who is 105 years old, made a prominent appearance at another meeting at Xiaoping Memory Hall and voiced his anti-Xi attitude. Ping demanded that the country undergo changes and opens up. According to him, the CCP should give this the highest priority for the sake of the nation. Almost every known CCP leader was present at the memory hall except for two, Xi Jinping himself and Foreign Minister Wang Yi.

Read More: Putin summons Xi for a meeting and serves him a stern old-school warning

The most suspicious event recently is Chinese Foreign Minister Wang Yi’s sudden visit to New York. He met with Henry Kissinger. On September 21, when Song Ping was irking against Xi Jinping, Wang Yi met with the former US secretary of state.

Here, Mr. Wang planned a surprise visit and congratulated Dr. Kissinger on his upcoming 100th birthday, calling him an old and good friend of the Chinese people. Kissinger is close to veteran CCP members and he made historic contributions to the establishment and development of China-United States relations. Doesn’t this sudden meeting raise questions about the real purpose behind it?

Though, nothing is coming out in open, and no such discussions are available on Weibo. However, based on Xi’s behavior over the past two years, it appears likely that Xi has always had an idea that CCP veterans are against him. The veterans had been urging Xi to modify his strict demeanor. But, Xi’s hunger for power was unquestionably standing in the way.

If these reports are accurate we can say that Xi’s tenure has come to a dead end. When this happens, Hu Jintao deserves all the credit for making this possible.