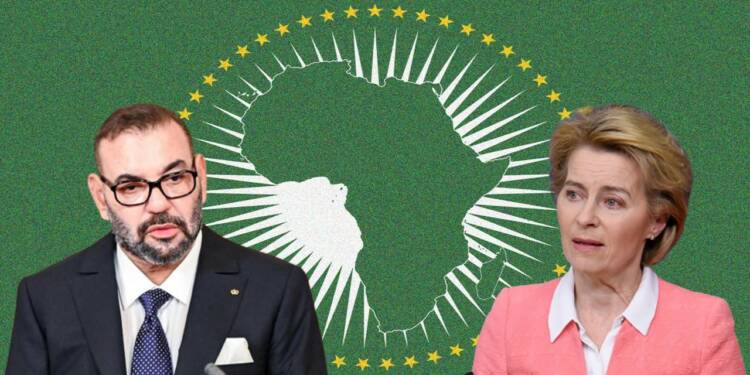 After coming to power Biden started reversing Trump’s policies at an unofficial level be it Iran, Russia or Morocco-Algeria conflict. Biden’s policy in this dispute was to embolden Algeria while conveniently neglecting Morocco’s stand in the Western Sahara. Biden also promoted Algerian natural gas as a substitute after the Ukraine-Russia conflict. However, Trump had managed to bring Morocco on his side by recognising the Western Sahara region as a part of Morocco.

Spain has always been at loggerheads with its former colony Morocco over its enclaves Melilla and Cueta. The migrants from all over Africa come at the critical juncture of the Moroccan-Melilla border and try their best to cross the border to an immigrant office which can save them from instant deportation. As these enclaves belong to Spain and they are technically protected by some European immigrant laws too. But Morocco’s veiled threat to allow a free pass to the illegal migrants has acted in its favor as it also enjoys a special partnership with Europe which provides relaxation to Morocco’s goods. Also, previously neutral Spain has now taken an about-turn for supporting Morocco’s Autonomy plan, as it stated that the plan is “in the interests of Spain, its security, domestic policy, and stability.” Hence with the support that Morocco has, it may soon emerge as the winner in the Moroccan Saharawi Dispute.

But the compensation provided by the EU is peanuts compared to what Morocco spends. The EU announced that it will provide 500 million euros to Morocco during a period of 5 years. On the other hand this amount was dwarfed by the 427 million euros yearly spending by Morocco.

Regarding the insufficient allowance, the Head of migration and border control at the interior ministry Khaled Zerouali stated that “it is not monetizing on the border issue, but as a state it will continue to do what needs to be done, with aid or without it.”

But why is the West bending backwards now?

There has been an announcement that Morocco will now head the PSC (Peace and Security Council) of the African Union starting from 1st October. This will add to the currently rising importance of Morocco after the West lost its ground when Mali took a sharp decision to leave G5 Sahel citing its failure to curb the terrorism in the Sahel region. This signed a de-facto death warrant of the France led group. Also Niger and Burkina Faso are also looking to exit the already failing group. This all is happening with the emergence of Russian stronghold in the African Continent. Africa is a stronghold of Russia and its mercenary group Wagner has acted as a catalyst in the rising stature of Russia in the continent. Its rising stature is evident from the fact that Wagner is helping Mali in fighting terrorism in the country.

The Wagner group also gives the security to the President of the Central African Republic and to the mines of Russian companies present in CAR which proves the reliability of the Russia backed Wagner.

Also after the election of Italy and the new government not being migrant friendly, the European Union is perturbed. The new government can push any of the incoming migrants to the northern parts of the Europe unlike the previous government. So as to fix the root cause of the problem, the West is literally begging Morocco to improve its relationship with the Western countries. In its desperation to appease Morocco, they are even presenting it a carrot of tax exemptions to encourage exports of Moroccan products.

Russia can also help Morocco in resolving the dispute with Algeria as it is already an ally of Russia. It also possesses influence in countries like Libya, Niger, Burkina Faso, Nigeria, DRC and many others. Morocco knows that it can use Russia’s influence to solve the decade long Saharawi Dispute with Algeria if Russia pushes Algeria to accept the Autonomous Plan proposed by Morocco.

So learning from the past experiences Morocco will not be swayed by the ‘charm offensive’ of the West. Morocco has now seen through it and recognises that there is nothing profitable in supporting the West other than fake promises and servitude. The clout of Russia as a partner in Africa is also rising as we mentioned earlier. The exit of powers like Mali from the clutches of American influence has increased Morocco’s importance in the region.