Biden is all set to burn his fingers in Sudanese fire 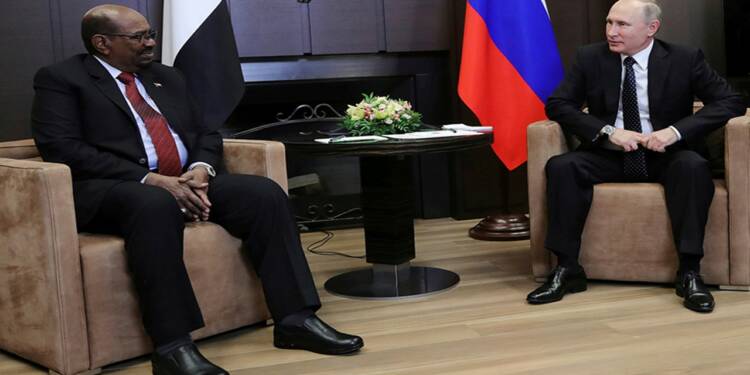 Sudan and Russia have always been partners be it military or economic. It is evident from the fact that Russia is in talks with Sudan regarding military cooperation from 2017 and, these talks are coming to fruition now. A new naval base at Port Sudan is soon going to be a reality. But why did it take 5 years for these two countries to reach in the final stage for the military base talks?

The answer lies in the internal matters of Sudan and influence of the outsiders. When the talks between Sudan and Russia were in the final stages, the government of Sudan was toppled and its President Omar al-Bashir was imprisoned and still remains so. The deal consisted of building a naval base and Russia re-equipping the Sudanese army with weapon systems such as SU-30 fighter jets and surface-to-air missiles.

But America stopped the deal through coercion and pushed Sudanese Regime to postpone this idea for an indefinite future. However, as luck would have it, the talks between Russia and Sudan restarted and Russia aggressively fast-tracked talks to develop a base in Port Sudan. When the USA saw it was unable to coerce Sudan this time it tried to bribe Sudan with its multibillion-dollar aid during the times of Covid. This led to Sudan again postponing the talks with Russia not before July 2021.

Ultimately Sudan and Russia are now in the final stages of completing the military base deal. If executed, this deal will increase Russia’s influence in the Horn of Africa region tremendously.

America didn’t deploy its official mission in Sudan for 25 years, though it had reopened its mission in 2002, it was run by a Series of interim chargés d’affaires for 20 years, until now when Godfrey submitted his credentials on Sep 1.

In his statement to Sudanese daily Al-Tayar, Godfrey stated “All countries have a sovereign right to decide which other countries to partner with, but these choices have consequences, of course.”

The newly minted Ambassador is already threatening Sudan of consequences after Sudanese Government decided to go ahead with the talks with Russia. He also said that he wanted to see a civilian government in charge of Sudan while he was talking to Al-Tayar.

Russia is holding the forte

Russia on the other hand is supporting Sudan through various means. Apart from setting up a naval base in Sudan it helps Sudan by supporting its military complex. Russia has delivered many weapon systems to Sudan and is in talks to supply arms and ammunition such as air defense systems, Fighter jets and radar systems.

The west did nothing but exploit the poor country of Sudan and the economic situation of Sudan even deteriorated after the aid of the USA as these aids are not meant to improve economic situation but to control a particular country. The aid of the Western countries is meant to control the country by destabilizing those countries by supplying the aid to the rebel forces. It is evident from the instaces of TPLF in Ethiopia, Boko Haram in Nigeria and the M23 in the Democratic Republic of Congo.

Read More: IMF, UN and now FATF: The tools that West uses to keep Africa under its thumb

After threatening Sudan of consequences, the US will do nothing but direct its puppet organization to send peacekeeping forces like it did to intervene in the Central African Republic. America is known for indirectly intervening in the African continent if things go south. Same it will do in the case of Sudan. In case this happens, it is very likely that Sudan will request Russia to deploy its Wagner Group in the conflict region wherever the US peacekeeping forces will be deployed.

It will turn Sudan into a battlefield of the conflict between US and Russia but the US will lose its troops, money, power and most importantly prestige forever in Sudan. If Biden plays any trick, he will get humiliated in the most brutal manner. Russia’s recent rise in the African Continent is not a fluke as it had been planning this for years.

Biden and its plans are all set to fail in the East African country and it should figure out that how it should minimize its damage in the African continent.