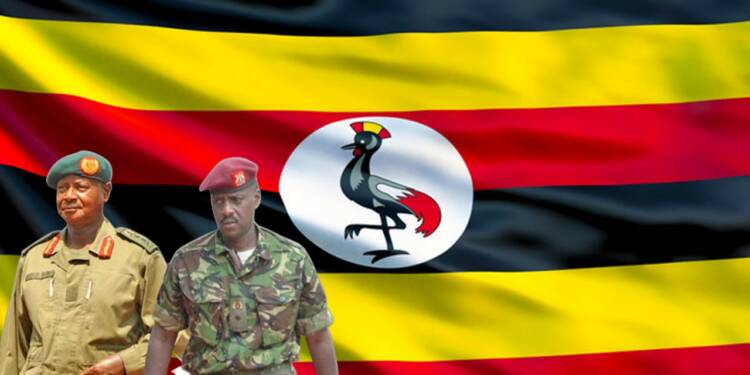 There are certain things you cannot say when your father is the president of a country and you are the military chief of the same country. Still, you decided to say them and all hell breaks loose, raising serious concerns.

Muhoozi Kainerugaba is the son of Uganda’s president Yoweri Museveni, is an officer in the Ugandan People’s Defence Forces. Born in Tanzania and having completed his military training from Egyptian Military Academy, this United States Army Command and General Staff College product is known for his outspoken remarks on social media.  A military man, Kainerugaba, spent a large part of his career guarding his father. He also created a special unit in the military called Special Forces Command which looks after the security of the president.

Read More: Kenya dashes the West’s hopes to install its puppet in Uganda through a coup

Muhoozi Project: An ambition to fulfill

Being ambitious is one thing, but compromising one’s ideals for it is another. In 2013 General David Sejusa Tinyefuza wrote a letter in which he explained a plan with the intention of having Muhoozi succeed his father as president. Army officers opposed to it were at risk of being assassinated. Sejusa told the BBC that Uganda was being turned into a “political monarchy,” which was denied by Muhoozi. The letter led to the government’s most aggressive attack on the media. The police laid siege to the Daily Monitor for more than 10 days, while many in Uganda were surprised by the silence of the international community. Tinyefuza spent over a year in exile in the United Kingdom before he returned. He was later arrested for insubordination in 2016. The term ‘Muhoozi project’ is no longer a taboo and even used frequently by Muhoozi fans on social media.

Described by his friends and acquaintances as an introvert who doesn’t talk much, it is said Kainerugaba likes reading books and academic papers. His friendship with Paul Kagame, Rwanda’s president, and Jacob Zuma, who sent him a video wishing him on his birthday as well as diplomatic achievement which came with the opening of the main border point between Uganda and Rwanda in the wake of his visit to the country for negotiations with former Kenyan president Uhuru Kenyatta, have gained wide media attention.

Also Read: Ugandan President faces an imminent coup from his own son

But if there is one thing for which Kainerugaba is known for, it is his tweets. His tweets show his allegiance to the West. Time and again, Kainerugaba hasn’t shied away from expressing his support for the US and Europe. His tweet in support of Tigray People’s Liberation Front which criticised the Ethiopian government for human rights violations created problems in the relations between Uganda and Ethiopia. In fact, the foreign minister and chief of the armed forces of Uganda had to rush to Ethiopia to do damage control.

This is not the first time Kainerugaba caused tensions in the relations of Uganda with other countries; he also tweeted in support of M23 rebels which led to Democratic Republic of the Congo to express its outrage. DRC threatened to withdraw from a joint operation it is carrying out with the Ugandan government against a rebel group in the east part of the country.

It is clear that Kainerugaba is a western puppet. He knows that his father has good relations with Abiy Ahmed and Felix Tshisekedi  who are fighting a war against US funded terrorist groups like TPLF and M23 and tweeting in support of these groups will create tensions in Uganda’s relations with Ethiopia and DRC. Yet, he tweeted in support of them.

If that is not enough to convince one about Kainerugaba’s loyalty to the West then this will certainly clear all doubts. In October, Kainerugaba tweeted again, this time saying that Uganda and Kenya must be united and he is going to invade Nairobi. It was William Ruto who was the target of Kainerugaba’s tweet. The same William Ruto who has deployed Kenyan military in DRC to eliminate the West-funded M23, has good ties with his dad, is friends with Abiy Ahmed and is actively promoting African unity which is a threat to the US and Europe.

The controversial tweets have raised concerns of a probable west backed military coup, and thus have led to the African leaders rushing towards damage control. This overly desirous military officer is not leaving any chance to show his loyalty to Biden and his allies. The constant funding from the US and Europe is motivating Kainerugaba to make remarks that create political firestorm in Uganda and threaten unity in Africa.

It remains to be seen when the West is going to stage the next coup with its puppet in Uganda.