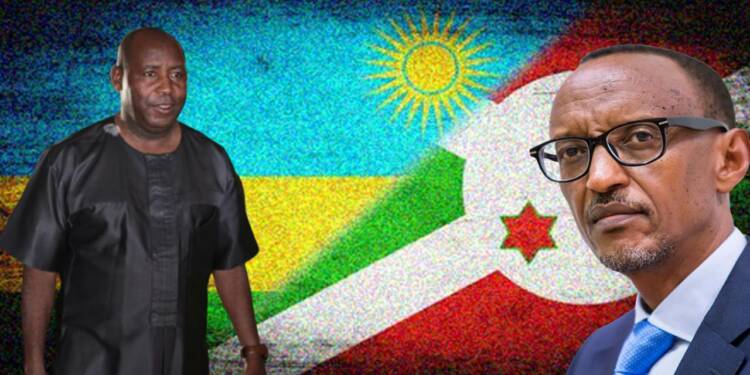 Burundi Rwanda border open: One of the primary objectives of the foreign policy of independent countries in Africa and Asia is to steer clear from establishing relations with nations which are infamous for committing crimes against humanity, advocating genocide and pillaging others’ resources. But it seems there are some countries which are oblivious of this.

Why did the Burundi Rwanda border open?

Under former Burundian president Pierre Nkurunziza, Rwanda and Burundi were rival countries. Rwanda actively supports as well as carries out the dirty work of the West whereas Burundi under Nkurunziza had good ties with China and Russia. We at TFI Global explained how the US and Europe got involved in the internal affairs of Burundi in 2015 when the nation witnessed a large-scale political crisis and civilian unrest following Nkurunziza’s announcement that he is going to stand in the presidential elections for the third time.

The US, EU and the UN condemned Nkurunziza’s regime when it started a crackdown aimed at eliminating any form of dissent against the government. The West later imposed sanctions on Burundi, citing violation of civil liberties and violence against political opponents. Many Burundians also fled to neighbouring Rwanda and started plotting to overthrow Nkurunziza’s regime, which prompted Burundi to call on Paul Kagame to hand them over. But Rwanda denied the accusations and stated that Burundi’s crisis is its own fault.  In 2020, Nkurunziza died following which Evariste Ndayishimiye became the president of Burundi and Gervais Ndirakobuca its prime minister. Both Ndirakobuca and Ndayishimiye were sanctioned by the West which accused them for being complicit in crimes against humanity during the 2015 political uproar. In fact, out of everyone associated with the regime of Nkurunziza, Ndirakobuca faced most sanctions from the West which also launched a probe against him.

However, recently the same West which called for the prosecution of Ndirakobuca lifted its sanctions from him and stated that it will assist Burundi in pursuing developmental efforts. Now that there is a Western-backed government in Burundi, it decides to pursue a new relationship with Rwanda which will be based on economic and military ties. Opening Burundi Rwanda border is one of the first steps in their friendship.

But this move will prove to be a catastrophe for Burundi. We at TFI Global also explained how Rwanda is involved in the east Democratic Republic of the Congo. The M23 terrorist group is financed and backed by Rwanda which in turn is backed by the US and Europe. M23 has committed massacres, raped women, tortured helpless civilians and organised a system of smuggling of DRC’s mineral resources on the instructions of Rwanda. Despite rising calls internationally to stop its cruelty in DRC, Paul Kagame continues to fund M23. The west along with Rwanda is running a smuggling nexus through M23 rebels to the detriment of resource rich DRC.

Rwanda has created a chaotic situation for DRC, president Felix Tshisekedi is forced to dedicate his time and resources in eliminating M23 rebels. Deprived of peace and prosperity, Congolese people have lost their family members, houses, possessions etc because of M23. Now, Burundi is opening its border with Rwanda. This decision of Burundi is a step in the demise of its security, independence and economic condition. Burundi is rich in gold, platinum, nickel, copper, uranium, cobalt etc. Hence, Rwanda, whose eyes are always on other nation’s wealth, will follow the same pattern here which it did in DRC. Paul Kagame will order his forces as well as M23 to capture the resources of Burundi and create a nexus of smuggling. Like Tshisekedi, Evariste Ndayishimiye too will be fighting a war which will cause extensive losses.

Any rational person can predict that the future of Burundi does not look good. It is making a big mistake by partnering with a country like Rwanda which will try its best in creating trouble for its political and economic gains. But then again, this is not surprising, considering Burundi has switched sides and is following the agenda of Biden and his allies. Burundi must be prepared to deal with the ensuing carnage and economic devastation at the hands of a regional menace called M23.

Read more: The ugly truth behind China’s support to Zimbabwe’s fight against US

4 Things You Should Know About Payday Loans