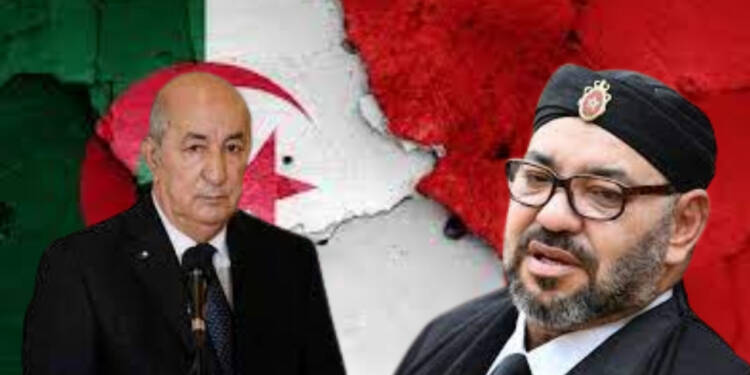 The Arab summit hosted by Algeria was not attended by any prominent Arab leader or monarch. Algeria’s bid to further its agenda failed miserably. Leaders of nations such as Morocco, Saudi Arabia, Kuwait, the UAE, Jordan, Oman and Lebanon chose not to be present at the Arab summit.

The only two Arab leaders who were present at the Arab summit were the Emir of Qatar, who provides money to groups like Al Qaeda and Hamas, and the President of Egypt. The Arab summit in Algiers was a complete embarrassment for Algeria.

The absence of Arab leaders clearly shows that none of them wants to keep relations with Algeria. It sends a message to Algeria that it needs to examine its priorities and realise that its decisions have created such a hostile situation for it since no major country wants to associate with it.

But what has Algeria done? Well, Algeria is infamous for the decades-long territorial conflict over the Western Sahara region with Morocco. Over the years, there has been a series of escalations and clashes between the two nations. Western Sahara, which has a population of half a million, is the victim of the aggression and unlawful interference of Algeria.

While Morocco has recognised the rights of the people of Western Sahara and has created plans to control it through democratic means, Algeria has incited trouble and violence in the region. It funds and backs a terror group called Polisario Front, which has been involved in dozens of attacks, war crimes and violations of human rights in Western Sahara.

Algeria has employed many unethical and illegal tactics to further its ulterior agenda such as recruiting child soldiers in the Polisario Front and financing illegal migration.

On the contrary, most countries back Morocco. Through its words and actions, Morocco has demonstrated that its strategy for the Western Sahara issue would ensure a peaceful future. Morocco’s autonomy plan for the contested territory is based on rationality and pragmatism, its stated objectives are to ensure that the administration of the Western Sahara region has freedom over the judicial, legislative and economic affairs and that Morocco will not interfere in its day-to-day matters except security and foreign relations.

Read more: The Burundi-Rwanda border was closed for so long for a very important reason and now it’s open for carnage

It is due to these reasons that Morocco is receiving widespread support from leaders around the world. Countries like Spain, Belgium and the US have confirmed that they will back its autonomy plan. Morocco has also been appointed as the chair of the peace and security council of the African Union.

Similarly, it established its ties with Israel in exchange for the recognition of its claim by the US under former president Trump.

Morocco will also become the first nuclear-armed country in Africa as it has signed a nuclear agreement with Russia.

Now, coming back to the shunning of Algeria’s Arab summit by Arab leaders, it must be noted that by hosting this meeting, Algeria was attempting to intimidate Morocco. It was trying to show Morocco that it has significance in the eyes of Middle Eastern countries and would have used its presence, had they been there, to promote its insidious agenda in Western Sahara. The intention behind this move was to garner support for its cause which is already lost and has no direction.

Read more: Pro US Zambian President is setting up a kangaroo trial to get rid of pro Russia-ex president

But it all backfired as Arab nations are farsighted and well aware of the questionable methods of a nation which is on a quest to hinder any sensible endeavour intended to solve the issue of Western Sahara.

The event gave Algeria a harsh reality check as it reminded it that it needs to stop fueling the unpopular movement of self-determination in Morocco’s territory. It’s about time the North African country started focusing on its progress rather than plotting conspiracies to disturb the tranquillity of other countries.

Kenya chases US out of Rwanda and renders M23 terrorists orphan