Prime Minister Philip J. Pierre's in the talks where he reinstated his concerns over water logging issues, he made a significant statement that mostly went unnoticed 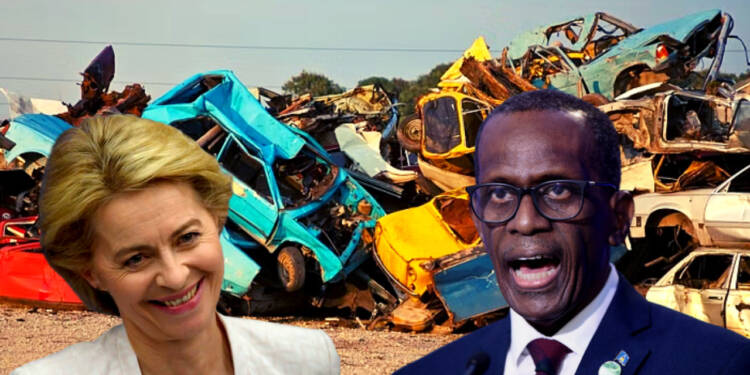 Most of the Caribbean nations currently have no way to verify the quality or mileage of used vehicle imports, thereby creating a potential danger to consumer health and safety. Purchasers are often unable to determine whether they are getting ‘value for money’, and the influx of these automobiles has also been blamed for the numerous wrecks lining the roadside, impacting the environment.

Now, Saint Lucia’s Prime Minister has pointed out how a huge chunk of outdated vehicles are being sold to the smaller and poorer nations. Eventually, they also transform into waste and the respective countries bear the brunt of it.

Recently during an appearance on the HTS programme, Prime Minister Philip J. Pierre asserted his garbage disposal concern while pointing to ‘low hanging fruit’ that requires attention first in mitigating the effects of global warming, followed by major issues.

His focus mainly remained on the indiscriminate garbage dumping in waterways as he was speaking against the backdrop of the November 6 trough resulting in devastating floods in the North of Saint Lucia.

However, in the talks where he reinstated his concerns over water logging issues, he made a significant statement that mostly went unnoticed.

While pointing out that Japan and Europe would soon ban gasoline vehicles, he said, “These people are going to be giving these vehicles away to Third World countries,”  He further added, “Now, how do you tell a guy in Saint Lucia not to buy a vehicle for $5000?”

Who exactly is responsible for ongoing climate crisis?

Pierre is certainly not wrong in highlighting this issue. The developed nations take advantage of less knowledge and poverty of under-developed and developing countries. The moment a technology gets outdated and a new one replaces it, in the blink of an eye, they transport all the old gadgets to these nations.

The government of these nations sometimes are deluded by the concept of development and sometimes in helplessness, agree to buy these products which in turn enter the market and society and ultimately end up harming their people, environment and even economy.

According to a study published by the Environmental Science and Technology journal, developed countries send an estimated 23% of their electronic waste to developing countries every year. Because there is a growing demand for electronics in the West, this number is expected to rise in the future. Members of the European Union can be penalized for shipping e-waste to developing countries, but they do manage to get away with it on some occasions.

How ironic is that, right?

These developed nations give long speeches and hold hefty summits and conferences, to preach to the developing and under-developed nations about going green by using renewable energy, technology and whatnot. Yet, they themselves send outdated gadgets that are not in any way economical and environment-friendly to these nations. And, later they blame them for their growing “carbon-footprint” 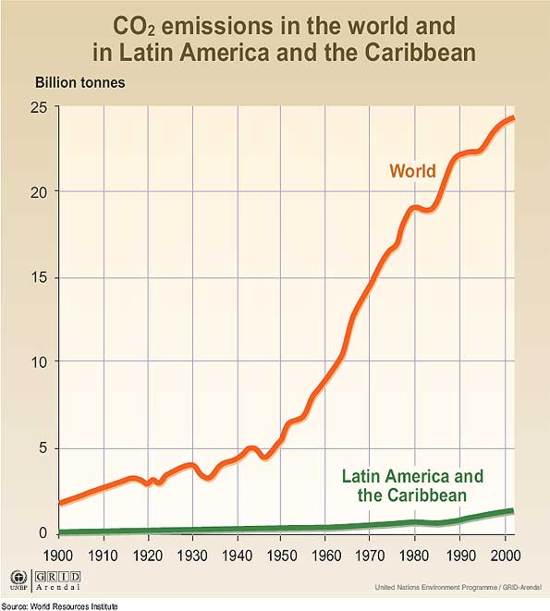 What a mockery Europe has made of the vulnerability of these nations!

Previously, a report also mentioned that unusable equipment is being donated or sold to developing nations by recycling businesses in the United States as a way to dodge the expense of having to recycle it properly.

“Too often, justifications of ‘building bridges over the digital divide’ are used as excuses to obscure and ignore the fact that these bridges double as toxic waste pipelines,” says the report.

Just because the cost of recycling these gadgets is too high the West do its best to dump its litter in the poorer nations.

The statement from Saint Lucia’s PM though came a little late and also present the “problem” as too obvious, it is time that the Caribbean nations start calling the Europe and U.S. out for their transgression. The Caribbeans are most vulnerable to natural disasters and hence, they should make sure that they hold the West responsible. Because, if they continue to suffer from this “ Stockholm Syndrome” they will never realise the faultlines of their colonialists.