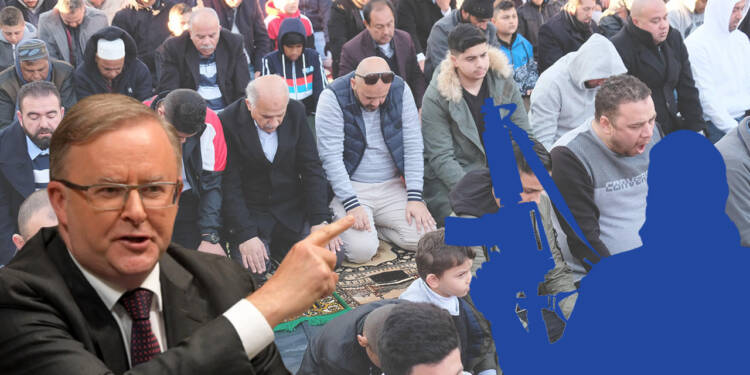 Terrorism is a chronic illness that occasionally gets better but always comes back with a vengeance. There are calls to eradicate this disease once and for all. However, it seems that the once fierce enemies of terrorism have opted to have a love affair with them.

Under Albanese control, Australia’s national security is deteriorating. At a time when there is growing concern that the Indo-Pacific region is turning into a refuge for terrorism, Australia, a member of QUAD, has done something stupid that unquestionably equates to calling for terrorists to wreak havoc in the country once more. According to a media report by The Hindu, Australia’s terrorism threat level has been downgraded to “possible” after eight years as “probable”, with security authorities saying the risk of a terror attack has reduced.

Reportedly, the head of the intelligence agency Asio, Mike Burgess, has said that decision is taken due to a “reduction in extremists with the intention to conduct an attack onshore than there were when we raised the threat level in 2014”.

Burgess informed the media on Monday that the Albanian government’s decision to return a number of women and children from camps in Syria was a factor in the threat level is reduced. Australia’s terrorism alert system has five threat levels – not expected, possible, probable, expected and certain.

Security agencies believe that most likely terrorist attack in Australia “involves a lone actor using a basic and easily obtained weapon such as a knife or vehicle” rather than a large-scale sophisticated attack.

Asio is stressing that the Albanese government conducted a thorough assessment before the decision to repatriate was made” including face-to-face interviews in Syria.

Also, the Albanese government has reversed a major policy of Australia. Under the Abbott government, Australia increased its terrorism alert level from medium to high in 2014 – a time when Islamic State (ISIS) controlled large swathes of Iraq and Syria and was attracting recruits from abroad. Furthermore, former Prime Minister Scott Morrisson also continued Abbott’s legacy on terrorism. With India, Japan and the United States, Australia had frequently called for fighting terrorism and ending extremist activities all across the globe and in the Indo-pacific.

However, from what has been observed thus far, Albanese is engaging in every effort to erase all hallmarks of former administrations. And thus, this decision has been made. However, taking this action would be catastrophic in every way.

Read More: Australia begins drilling in the US sanctioned Zimbabwe, and that’s one hell of a move

Terrorists knocking on the door

Asio itself is stressing that over the last two years, there has been an increase in extremism fuelled by diverse grievances, conspiracy theories and anti-authority ideologies in Australia. Yet, Albanese is turning flimsy to national security at a time when Terrorism and extremist activities are surging all across Indo-pacific.

Last year, its neighbouring country New Zealand was rocked by a ‘lone wolf’ terrorist attack in Auckland. It was revealed that the Islamic State-radicalised perpetrator, Ahamed Aathil Mohamed Samsudeen, had visited Samoa in 2016 and since then, he had been planning for the attack.

As stated before, Terrorism is a chronic disease that in any form will continue to curb the stability of the region. Albanese might be in the air that Australia is finally free from Terrorism, still, this act could invite severe consequences in Australia and terrorist groups like Al-Qaeda and ISIS may re-emerge. Mr. Albanese, you are undermining the national security of your country.