The US declined Cuba’s requests to build a docking station for internet cables in Cojimar, Cuba, almost a week ago. For this, the Biden Administration made an utterly ridiculous excuse that it is concerned Cuba may steal sensitive information from internet cables 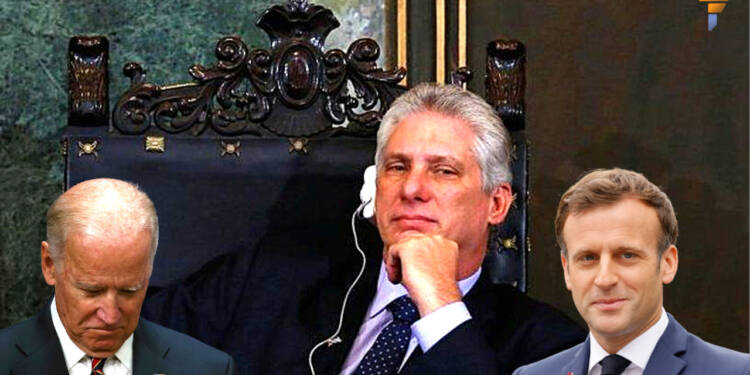 According to a media report by Reuters, Cuba has announced that it has begun work with French telecoms operator Orange on an alternative underwater cable that will link it to the island of Martinique in a bid to beef up its connection to the global internet and broadband corridors.

Reportedly, the Cuban state-run telecoms operator ETECSA has announced that the alternative undersea cable project, called ARIMAO, has started to take shape, noting in a statement that “all the permissions are in place for its deployment.”

ETECSA, furthermore, in its statement added, “Today the official act was held to begin the technical work of installing the new submarine cable, the joint work of ETECSA and French telecoms operator Orange, which will allow the diversification of Internet connection routes in Cuba.”

This announcement has come one week after the Biden administration urged U.S. regulators to deny submarine cable operator ARCOS-1 USA’s application to connect Cuba to the United States through a new undersea cable landing station, drawing criticism from Cuban officials.

A US’ government committee had urged the Federal Communications Commission (FCC) to deny an application to connect Cuba to the United States.

The denial came as a huge setback for Cuba. But, alas it appears France has appeared to its rescue.

Read More: Saint Vincent and the Grenadines asks US to back off from defaming Cuba

France’s rivalry with the USA

Now, it is clear, the French President Emmanuel Macron and US President Joe Biden don’t share a merry relationship. This is something that even the White House is aware of, which is why Biden has repeatedly tried to destroy or contest Macron’s geopolitical goals. From the AUKUS deal to the Ukrainian war, Biden and Macron have always found themselves on different sides of stories.

In a similar vein, Macron occasionally makes fun of Biden. The Inflation Reduction Act was thrashed by Macron just a few days earlier. Macron had also hinted that the United States was the main culprit behind the destruction of the Nord Stream Pipelines.

So there is a contention, and at such a moment, the conflict between Cuba and the US has come in as a godsent opportunity.

Cuba that went online in the 1990s and has since lagged behind much of the world in the rush toward greater connectivity. For years, access has remained expensive and tightly controlled, inhibited in part by the government’s concerns about the potentially subversive effect of free-flowing information.

In addition, the US has also consistently hindered Cuba’s adaption to connectivity.

But now, France is here to fill the gap. France might want to revive its neo-colonial mindset. But at this point in time, Cuba has found a new friend and this is undoubtedly a setback for the US. It will be interesting to see how this partnership works out.

Germans arrive in Africa to prove their greatness and Russia’s inanity. Cute!