Trudeau’s regime justifies the move of sanctioning in the name of magnanimity, not realising its dire repercussions on Haiti and its neighbours. 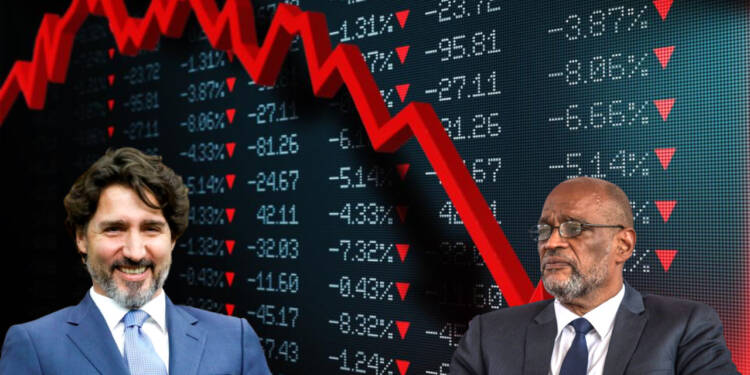 The government of Canada has imposed sanctions on three businessmen in Haiti accusing them of financing and emboldening criminal gangs in the country. As a result of the measures of Trudeau’s government, the assets of the three men will be confiscated by Canadian authorities.

The sanctions target Gilbert Bigio, Reynold Deeb and Sherif Abdallah. The foreign affairs minister of Canada also accused the three of money laundering and corruption and called on other nations to “to follow our lead and impose sanctions against gangs and their supporters.”

But according to several people in Haiti this would not attain any pragmatic objectives.

Bigio and the Caribbean economy

Now, out of the three businessmen, Gilbert Bigio is known as the richest person in Haiti. He is the founder of GB Group.

GB Group is a business conglomerate which is based in Port-au-Prince, the corporation is a parent company of many industrial and trading companies which have operations in Dominican Republic, Jamaica, Haiti, Sint Maarten etc.

Now, GB Group is a founding partner of Unigestion Holding, which is the parent company of Digicel.

Digicel is a Jamaican and Caribbean mobile phone network service provider which has a presence in 33 markets in the world. It operates in many Caribbean countries such as Haiti, Trinidad and Tobago, St Lucia, Suriname etc.

Digicel’s revenue in the Caribbean countries have increased over the years. In Jamaica, it managed to earn $349.2 billion, followed by Haiti at $307 billion and Trinidad and Tobago at $307.4 billion. It must be noted that its contribution to the economy of the Caribbean region is massive.

However, Digicel’s profits are about to go down following the imposition of sanctions on Gilbert Bigio by the Canadian government.

As aforementioned above, the parent company of Digicel is Unigestion Holding whose founding partner is GB Group and whose owner happened to be Gilbert Bigio.

Now, generally, whenever a business tycoon is sanctioned by powerful countries such as the US, Canada and UK, consequently the ramifications of the sanctions affect everyone associated with him or her. For example, in the wake of the imposition of US embargo on Cuba, any company which does trade with it would be subjected to criminal charges and legal proceedings by the US government.

Similarly, as Bigio has been sanctioned by Canada, therefore it is more than likely that the stocks, market value and revenue of Digicel will witness a significant decline. And in response to this crisis, Digicel will try to do damage control by raising its prices which will infuriate its customers resulting in massive losses.

The economy of the Caribbean region will be severely impacted as Digicel is an important player in it. Job losses, cost cutting, price increase etc are imminent in the company’s operations in Jamaica, Haiti and Dominican Republic.

In fact the signs of a gloomy future of Digicel are emerging, as recently the government of Saint Lucia criticised Digicel in the wake of a price adjustment implemented by the company. The postpaid customers of Digicel said that it has informed them of a 5% increase in their monthly subscription fee in the wake of rise in its business costs.

Hence, this development is just a glimpse of what is about to happen to Digicel. This also brings into focus on how one decision of Canada to sanction a man can have drastic repercussions on Caribbeans.

Read more:  US and Canada’s Haiti debacle is far from over

Unfortunately, Countries like Canada and the US have a classic habit of dictating the entire world about democracy and human rights, however, their governments don’t realise that the very people they are claiming to help, in this case Haitians, will be the biggest victims of their mistake. This move by Canadian authorities won’t change anything but instead escalate the misery of Haiti and other Caribbean countries.