Barbados creates a protective shield around itself 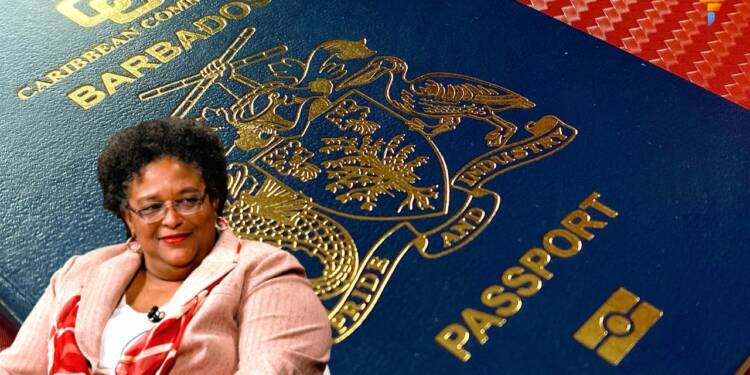 The government of Barbados has introduced a new passport, this means that the applicants will get an upgraded version of it. The minister of home affairs, Wilfred Abrahams, emphasised that apart from incorporating historical and cultural aspects of Barbados, the new security features of passport have been enhanced.

He told the media, “This was a process. We went through a number of designs. When you see the passport has a pelican, places of interest in Barbados, these are not just there for aesthetic purposes, they are also incorporated into the security features.”

Abrahams further stated, “It is a top-of-the-line, first rate, first class very, very secure passport and I am pleased that we are putting it into operation from today.”

While the Chief Immigration Officer of Barbados, Margaret Inniss stressed about the unique security characteristics of the passport such as subsurface printing, an upgraded chip that is tamper resistant, changed stitching and laminate etc.

Significance of this move (Crime and Illegal Immigration)

Now, the government of Barbados, like any other regime, wants to strengthen its safety and sovereignty, which is why it decided to take this decision.

But the more important reason for this move is that Barbados is surrounded by nations whose security are experiencing uncertain and tragic circumstances.

Mia Mottley’s regime definitely has taken into consideration the turbulent situation in Jamaica. The prevalence of guns has resulted in 1200 murders every year, accounting for 80% of all the homicides. And most of these guns are coming from the US.

In fact, according to a report of NBC News in 2009, ships from Miami, Florida transported guns into Jamaica through its main harbour. The law enforcement officials told the Associated Press that 80% of firearms in Jamaica come from the US.

Apart from an inefficient police force in the country, Jamaica’s weak borders are the main factor driving the rise in guns which are resulting in skyrocketing crime.

Similarly, Dominican Republic, another significant nation in the Caribbean, is facing record illegal immigration from neighbouring Haiti. In the wake of the assassination of former president Jovenel Moise last year, the rapidly deteriorating economic crisis and political turmoil led to hundreds of thousands of Haitians to cross the border of Dominican Republic without any legal documents.

Read more: Barbados: A shining star of the Caribbean

In fact, illegal migration, smuggling of weapons and narcotics into the Dominican Republic prompted its government to start the construction of a wall along the nation’s border with Haiti.

In addition to Haitians, the Dominican Republic is also troubled by Cuban migrants who are using it as a transit point on their journey to the US.

While the Caribbean nations are struggling with the issues of crime and illegal migration, drug trafficking from Latin America is another problem.

According to a report of the US government’s International Narcotics Control Strategy Report (INCRS), the Eastern Caribbean region has become a transit point for drugs which are meant for the US and Europe.

The report highlighted that the Eastern Caribbean has many transshipment points for narcotics mainly from nations like Venezuela which are meant for North American, European and Caribbean markets.

Now, the causes of the problems of the Caribbean region, in general and Dominican Republic and Jamaica, in particular, are common. Weak borders and an inefficient security structure which fail to meet the demands of enhanced surveillance.

Therefore, taking all this into account, government of Barbados decided to adopt a new passport which is meant to consolidate the country’s security and avert any tragedy such as influx of undocumented people, smuggling of weapons and drugs and the development of transshipment points for human traffickers. It is a step in the larger backdrop of securing the borders of Barbados so that the horrors of Jamaica and Dominican Republic are not repeated again.