Majority of the people in Antigua and Barbuda are of African descent and around two-thirds of the population are Christians. The country has a population of 93, 219, people are of West African, British and Madeiran descent 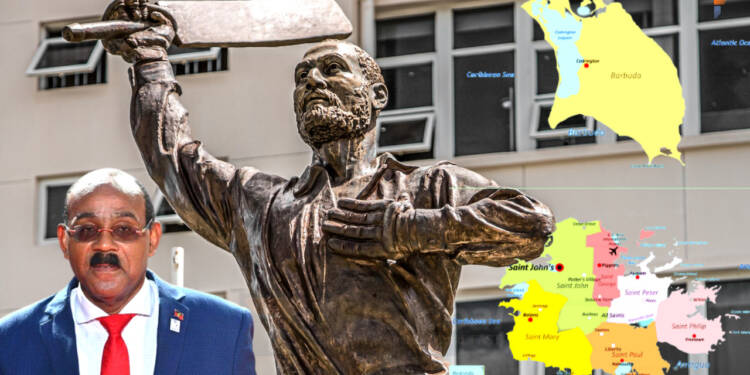 Antigua and Barbuda is an island country in the West Indies, it lies near the Caribbean Sea and the Atlantic Ocean in the Leeward Islands of the Lesser Antilles, a group of islands. The nation comprises two islands, Antigua and Barbuda which are estimated to be 40 km apart as well as other islands such as Great Bird, Guiana, Maiden etc.

The capital is St John’s, while Codrington is the largest town in Barbuda.

The first European to set foot on Antigua and Barbuda was Christopher Columbus in 1493. The Spanish established their control in Antigua after a series of European and African disease and malnutrition eradicated the native people. It is said that smallpox was the biggest factor in the demise of the inhabitants.

In 1632, the English settled in Antigua and created their dominance over the territory. In 1666, the French’s attempt to gain control of Antigua was averted. Slavery was prevalent, which resulted in revolts in 1701, 1729 and 1736, which took place under the leadership of Prince Klaas but were crushed eventually.

Finally, in 1833, slavery was outlawed by the British. This had an adverse impact on the economy which escalated following the 1843 earthquake and 1847 hurricane.

From 1958 to 1962, Antigua and Barbuda was a part of the West Indies Federation.

In 1967, it became an associated state of the United Kingdom with complete internal autonomy. The 1970s saw many political events which centered around the future of the islands. Eventually, in November 1981, Antigua and Barbuda achieved complete independence with Vere Bird becoming the prime minister of the country.

After independence, the nation preferred to associate with the Commonwealth. Queen Elizabeth is the head of state.

Antigua and Barbuda’s political system is a constitutional monarchy and has a parliamentary form of government. The constitution states that there is a two-chamber legislature comprising a Senate and a House of Representatives. The prime minister and his council of ministers exercise the executive power.

After independence, the first two years in Antigua’s politics witnessed the dominance of the Antigua and Barbuda Labour Party (ABLP) and the Bird clan. Vere Bird served as the prime minister from 1981 to 1994. After the end of his rule, his son, Lester Bird, became the prime minister, ruling from 1994 to 2004.

The Birds’ administration saw economic prosperity and political stability, but the family was condemned for corruption and nepotism. In fact, the elder son, Vere Bird Jr, was forced to resign from the cabinet in 1990 in the wake of a scandal which uncovered that he smuggled Israeli weapons to drug-traffickers in Colombia. Similarly, another son of Vere Bird named Ivor was convicted in 1995 of selling cocaine.

In 2004 general elections, the opposition party, United Progressive Party (UPP), led by Winston Baldwin Spencer, won the elections. From 2004 to 2014, Spencer served as the prime minister of Antigua and Barbuda. But in 2014’s general elections, the UPP was defeated by the ABLP under the leadership of Gaston Browne. In 2018, the ABLP managed to win 15 of the 17 seats in snap elections, Browne retained his position as the prime minister of the country.

Read more: Trinidad and Tobago: the Jewel of the Caribbean

Majority of the people in Antigua and Barbuda are of African descent and around two-thirds of the population are Christians.

The country has a population of 93, 219, people are of West African, British and Madeiran descent. The ethnic composition is 91% Black, 4.4% mixed race, 2.9% East Indian and 1.7% White. There is a small minority of immigrants from nations like Jamaica, Dominica, Dominican Republic, St Vincent and the Grenadines etc.

English is regarded as the working language. The education system uses British English as a medium of instruction. Also, Spanish is spoken by 10, 000 citizens.

The tourism industry dominates the economy of Antigua and Barbuda, in fact, it accounts for more than half of the GDP. The government has promulgated many legislations and policies such as a zero percent income tax rate to draw highly resourceful migrants.

Investing in banking and financial services are also important parts of the economy of Antigua and Barbuda. Banks like Royal Bank of Canada and Scotiabank have their offices in the nation.

Once agriculture used to be the pillar of the economy, sugarcane was the dominant crop. Many people did subsistence farming and fishing but in the past few years Antigua and Barbuda saw a rise in the tourism sector. While the manufacturing sector comprises 2% of the GDP, it is said that the economic growth relies on growth in industrialised nations such as the US.