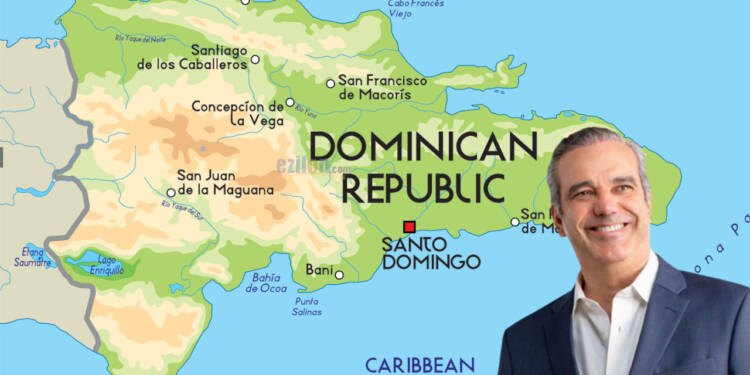 With an area of 48,310 km², the Dominican Republic is around the size of the states of Vermont and New Hampshire combined.

The country has a population of 10.7 million people. Its capital and the largest city is Santo Domingo. The official language is Spanish. The main religion is Christianity, which accounts for 68% of the population.

Before the arrival of the Europeans, the native Tainos, an Arawak-speaking people had inhabited Hispaniola. They were in the process of becoming an organized civilization. In 1492, Christopher Columbus discovered the island and claimed it immediately for the Spanish Crown. Thus, it became the first seat of the Spanish colonial rule in the New World.

The not-so-friendly colonizers reduced the Taino population from about 1 million to about 500 within 50 years.

The United States recognized the Dominican Republic on September 17, 1866.

The Dominican Republic is a representative democracy with a multiparty system in which the president is both head of state and head of government. Currently, Luis Abinader, from the Modern Revolutionary Party, is serving as the 54th President of the Country since 2020.

According to the US State Department and the World Bank, Dominican Republic has the largest economy in the Caribbean and Central American region and is the seventh-largest economy in Latin America. Dominican Republic’s gold mining is, by far, the most important in terms of volume and value. Its Pueblo Viejo gold mine is the largest gold mine in the Americas, and third-largest in the world.

The US is the destination for nearly 60% of exports from Dominican Republic. Remittances from the US amount to about a tenth of GDP, equivalent to almost half of exports and three-quarters of tourism receipts.

Recent growth has been driven by construction, manufacturing, tourism, and mining. The country is also an exporter of sugar, coffee, and tobacco.

Dominican Republic is one of the most visited destinations in the Caribbean.

Also Read: Barbados is making Canada dance to its tunes

Dominican Republic has experienced significant economic growth which also makes it one of the top economies in Latin America. Today, tourism and free-trade zone earnings are the fastest-growing export sectors and the service sector is the leading sphere in the contry which has overtaken agriculture as the economy’s largest employer. However, the country is also facing its share of problems.

Its economy is over-dependent on the US. Income-inequality is also one of the issue the country faces. According to a report, the poorest half of the population receives less than one-fifth of GDP, while the richest 10% enjoys nearly 40% of GDP. Apart from that high unemployment and under-employment remain important long-term challenges.

Illegal immigration is another problem that has created tensions. Many Haitians migrate to Dominican Republic to escape the worsening economic conditions and crisis.

With the worsening crisis in Haiti and many Haitian fleeing, the Dominican government has ramped up border enforcement and deportations of Haitians, saying such actions are crucial to national security amid intensifying turmoil in the neighboring country.

Further, the country is also home to illegal immigrants from Venezuela.

Mutual co-operation in Caribbean with no external interference in its affairs can go a long way in smoothening its path to development. Dominican Republic is certainly a bright spot in the region with its vast economic potential, however not without its challenges.