The government of Jamaica, which is one of the dangerous nations on earth, believes that applying old methods in fighting the menace of crime will prove effective. But, repeatedly its tactics have been exposed as ineffectual 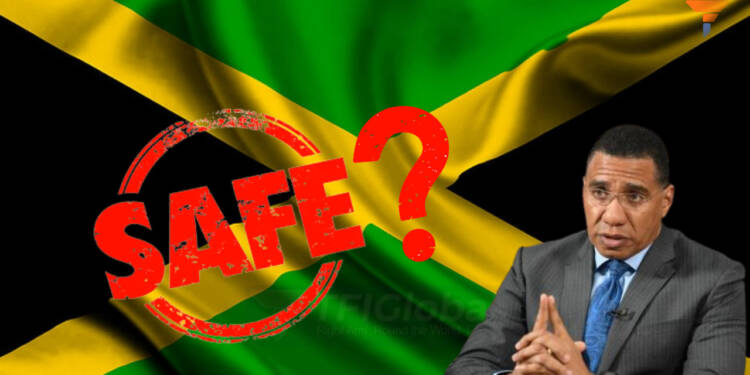 Rampant crime and violence have made Jamaica one of the most unsafe nations in the world. In  2005, the homicide rate was recorded at 58 per 100,000 people.

As per the 2019 UNICEF Jamaica County Report, the nation comes at fourth in the rank of most dangerous nations. The statistics also uncovered that most of the crimes are perpetrated by people in the age group of 15 and 29. Unemployment and illiteracy are major factors driving crime in Jamaica.

According to The Associated Press, Jamaica has recorded 1,421 murders this year, while 1,375 people lost their lives last year.

In response to the rising crime and homicide, the Prime Minister, Andrew Holness, announced a state of emergency (SOE) in six of the fourteen parishes in Jamaica.

An SOE authorises police and security agencies to arrest and detain individuals and search their properties without a warrant or permission. The move of the government has been severely condemned by many, activists and opposition parties contend that SOEs will result in police brutality, human rights violations and unlawful confinement.

This is true as during last emergencies, Jamaican police abused their powers and subjected innocent people to unconstitutional and unlawful procedures.

But the prime minister, Andrew Holness, believes that this is a reasonable decision. Brushing aside the allegations levelled at his administration by political opponents and critics, he justified his measure to implement the emergency, telling, “That is all the government is trying to do. Jamaicans have to hide under their beds, hide their daughters, can’t go to church, and they see their sons and their boyfriends and husbands killed. That’s the reality.”

While the chief of police Maj. Gen Anthony Johnson stated that the nation saw a 64% decline in murders during the last emergency which was promulgated in November this year.

Contrary to the claims of the government, the decision to impose emergency in Jamaica is a wrong one considering that earlier SOE was not in any way able to curb the problem of crime. The nation is still regarded as the second most dangerous region after El Salvador.

Instead of saving lives and reducing violence, the SOE results in police misusing their authority and violating the constitutional rights of the citizens. A man named Roshaine Clarke, who was jailed without charge for seven months, was awarded millions by the Supreme Court in 2020 which condemned the regime of Andrew Holness for overstepping its power.

But the Jamaican government continues to brazenly defend its measure. In fact, recently the Superintendent of Police for Portland, which is a parish, Lloyd Darby released a report and told the media that Jamaica saw a decline in crime.

However, while briefing the media, Darby abandoned a very important component in his report and that is, rationality. It is common sense that as Jamaica is under emergency, the streets will certainly be safer since they are being patrolled by police personnel who are armed with heavy weapons and have been given detailed orders to deploy extra-judicial means to stop the violence. As a result, criminals would avoid perpetuating their plans for now, which has caused the decrease in crime rate.

And it is this nominal drop in crime which is being used by the Andrew Holness’s regime as an achievement and being employed to legitimise its unlawful measure. But while giving itself a pat on the back, the Jamaican government is not realising that soon after the lifting of the SOE, the nation will once again see a rise in crime, that is, inevitable as the Andrew Holness government is not focusing on the root causes of the problem and dealing with it in a superficial way.