The nation of St Lucia is rocked by a series of murders, gang wars, home invasions and whatnot. Its Prime Minister, Philp J. Pierre, is struggling to stem the crisis. Amidst such a scenario, he decided to approach the French President, Emmanuel Macron 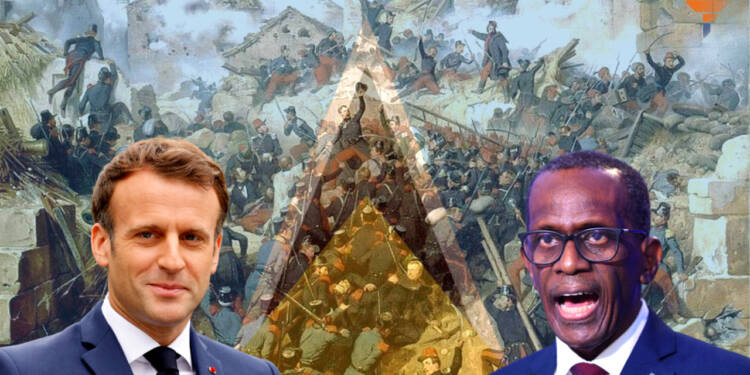 The small island of St Lucia is troubled by many gruesome murders for years. The homicide rate has touched record levels with twenty five slayings documented in the first few months of this year.

Similarly, the St Lucia Star reported that as per statistics released by the police, the regions which have the highest rates of crimes in St Lucia include Castries, Gros-Islet and Vieux Fort. In August, 2014, the Canadian government issued a travel advisory and designated districts such as Marchand, St Grass, St Leslie Land and Wilton Yard as areas with skyrocketing crime rates.

In may, Loop News reported that as of 18th May, St Lucia witnessed 23 murders, most caused by guns. In fact, last year saw a record number of slayings. The Royal Saint Lucia Police Force (RSLPF) has been condemned for its inactiveness and failure to resolve the issue of crime.

In such a turbulent situation, the government of St Lucia under Prime Minister, Philip J Pierre thought it would be a good idea to seek assistance from France.

Matinique, which is an island located in the eastern Caribbean Sea, is an overseas territory of France, and prefect is its head who functions on behalf of the French government.

The reason why St. Lucia sought assistance from France and not the US is because there is an American law called “Leahy Law” which forbids the US government from financing and helping those units of foreign security agencies which have been involved in human rights violations and brutalities. Since St Lucia’s police force has been accused of excessive force and misconduct, therefore its government cannot ask Biden for help.

Read more: St. Lucia is under the leadership of ‘epitome’ of incompetence

However, regime of Philip J Pierre is making a big mistake by asking Emmanuel Macron for help. Apparently, the government of the Caribbean nation is blind to the fact that France was, is and always will be a colonial power.

History is witness to the atrocities and aggressions of the French. The story of French colonial power started in 1605 with the founding of Port Royal in the colony of Acadia in North America, present day Nova Scotia, Canada. The French managed to gain the trust of various Native American tribes and established their dominance over the North American continent in 1699.

Following the expansion of their empire, the French started the creation of another empire in the West Indies. They also founded settlements in the South American coast in 1624 and created a colony in St. Kitts in 1627.

French colonial aspirations continued to succeed in West Africa in 1624 and in 1664, the French East India Company was founded to gain control over the trade in the east.

Even after the demise of the colonial era and the attainment of freedom from Western dominance in Asia and Africa, the French continued with its colonial agenda. The Sahel was a victim of it, in the name of security assistance and economic rebuilding measures, France plundered the mineral resources of the region and destroyed countless lives.

Read more: “Congratulations! Lucian’s your PM has woken from his ‘Kumbhakarna’ slumber”

Hence, taking all this into account, it becomes clear that the government of St Lucia is making a blunder. Philip J Pierre is under an illusion that the Western power will support and finance him in his efforts to lower the crime rate. However, he is unaware of the fact that his problems are about to escalate and become more complicated. Inviting a nation which is accused of war crimes and grave human rights violations in nations like Sahel and Burkina Faso is not in the interests of St Lucia.