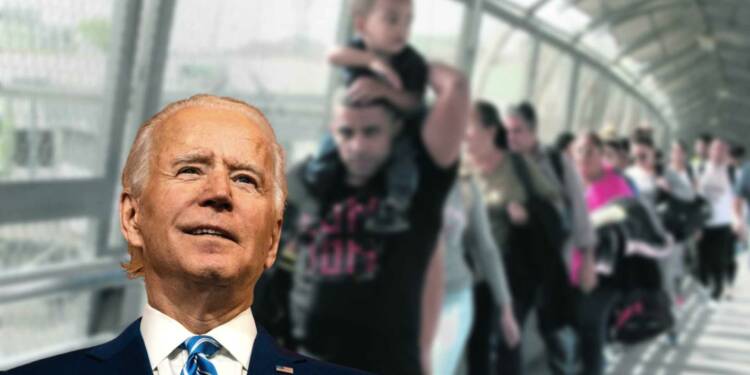 The US government, which always remains on alert when it comes to the national security, committed a big mistake. Its Homeland Security released the personal information of Cuban migrants on its website. This action exposed them to several risks as the Cuban regime is infamous for its brutality and torture. But how is it that the US government, which has one of the most advanced systems in the world, ended up making such a big oversight?

According to a Newsmax report, the US Department of Homeland Security mistakenly informed the government of Cuba that several of the Cuban migrants who would be deported to their native country had sought protection from the US government officials.

This is unusual as a US federal law prohibits releasing the personal details of asylum seekers without the authorization of higher officials of the DHS.

The Times reported that the Immigration and Customs Enforcement (ICE), unintentionally posted important details including name, birth date, nationality and detention locations of more than 6000 immigrants who fled political repression and mistreatment in their home countries.

Recently a DHS official said that several of the 103 Cubans who have been targeted for deportation have suffered because of the mistake of the Biden administration.

The US’s action was condemned by Robyn Barnard, associate director of refugee advocacy at Human Right First, who stated that this action is not only outrageous but also unlawful.

Read more: Cuba could have access to US’ state secrets very soon

Now, Cuban Americans are one of the most thriving and influential groups in the US. In the backdrop of the establishment of communist regime and subsequent authoritarianism by Fidel Castro in 1959, the US government have given them special treatment and privileges.

Cuban migrants in Florida consist of a large chunk of Republican votebank. The Republican Party has always performed well in elections in Florida. In fact, George W. Bush received 78% of Cuban vote in 2004 presidential elections, in 2008 Jon McCain garnered 62% vote and in 2016, 54% Cubans voted for Donald Trump. While in 2018, Florida’s governor Ron DeSantis won 70% of Cuban vote.

Similarly, in October, a poll conducted by CBS News uncovered that most of Cuban Americans living in South Florida want Trump to run for president again in 2024.

Now, focusing on the issue of leak of personal information of Cuban migrants to the Miguel Diaz Canel’s regime. It must be noted that something like this has never happened before. It raises many questions and red flags. Following the 9/11 attacks, the US has always been extremely vigilant when it comes to its security system. Generally, a blunder like this will not take place given the checks and balances Washington has employed.

Therefore, taking into account the political leaning of Cuban Americans, there are enough reasons to establish the fact that this leak was done deliberately on the instructions of Joe Biden. But why? As aforementioned, most of the Cubans support Republican Party and have time and again influenced the outcomes of the Congressional and presidential elections in the US.

The leak of the DHS was an indirect threat to Cuban Americans that they must change their political affiliation and stop identifying as Republican votebank. Biden has sent a message that they need to start backing the Democratic Party otherwise he is going to use the Immigration and Customs Agency against them and their loved ones.

Sadly the very Democratic Party, which used to criticise Trump’s immigration and border policies as “inhumane”, is taking advantage of the unpredictable situation of Cuban migrants to settle its political scores.

Pithapuram Temple Timings, History, Travel guide and how to reach