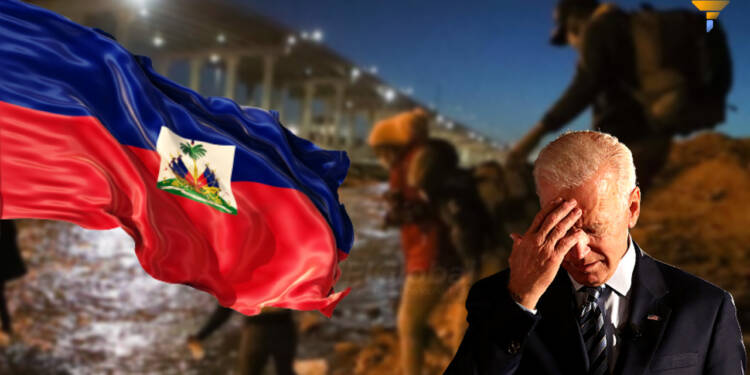 The US Supreme Court agreed to halt the striking down of a public health measure implemented to forbid the Caribbean and other migrants from seeking asylum in the US. The measure is called Title 42, it was promulgated under the Trump administration during the coronavirus pandemic.

The decision of the Supreme Court was condemned by New York Immigration Coalition (NYIC), it is an umbrella group which represents about two hundred immigrant and refugee organisations in the US.

Former president Trump imposed Title 42 justifying that it was significant considering the surging covid cases. But according to his critics, particularly the Democrats, the decision was a pretext to deport migrants especially Haitians and Venezuelans.

Title 42 is a part of the Public Health Service Act, 1944 which focuses on averting the spread of contagious diseases in the US. As per this legislation, if the US surgeon general believes that there is a communicable disease in another nation, then health officials can,with the authorization of the president, restrict the entry of people from such countries as long as necessary. In 1966, this power was transferred from the surgeon general to CDC’s director.

Now, in March, 2020, the Trump administration implemented Title 42 with the objective of preventing the spread of coronavirus in the US.

Several activists and Democrat leaders criticised this policy but if seen from a rational perspective, it was a correct decision. It was taken in the interest of public health and security of Americans as in nearby Haiti, from where a large chunk of migrants came, there was a Cholera outbreak which resulted in 820,000 and 10, 000 deaths.

Similarly, Venezuela, another nation from where migrants are flocking into the US, too had a massive Covid outbreak causing 326,000 and 3,900 deaths.

After Joe Biden became president, he retained the Title 42 policy, in fact it also refused entry to two million people in fiscal year 2021-22, as per the data of US Customs and Border Protection.

However, in reality, Biden and his party, the Democratic Party, support illegal immigration. Time and again, they have demonstrated their true stance on the controversial subject of immigration.

In fact, recently, on 20th December, before the announcement of the decision by the Supreme Court to keep Title 42, the Biden administration requested the bench to dismiss the petition of Republican-ruled states to keep border restrictions in place.

In October, Fox News reported that the US Customs and Border Protection (CBP), which is grappling with record illegal border crossings, didn’t receive any new funding from Biden’s regime this year.

Similarly, according to AP News, the US is experiencing the highest level of illegal border crossings. As per the data of CBP, 227,547 migrants were  intercepted in September compared to 204,087 in August and 192,001 in September last year.

The decision of the Supreme Court to keep Trump’s era Title 42 policy managed to bring into focus the true face of Biden and the Democratic Party which have exploited illegal immigration to satiate their political goals.

Read more: UN-backed ECLAC has humiliated Barbados for not being a Biden fan

It is true that the US administration retained Title 42 and expelled many migrants under it but it did that because it also wants to showcase that it is doing something regarding illegal migration. But taking into consideration the aforementioned actions of the Biden administration, the harsh reality is that the US has a party and leader in power which is not working in the interest of the nation.