When one looks at the immigration policy of Washington towards the people of both countries, a crystal clear prejudice is visible. Apparently, this blatant display of racism is motivated by cheap politics. 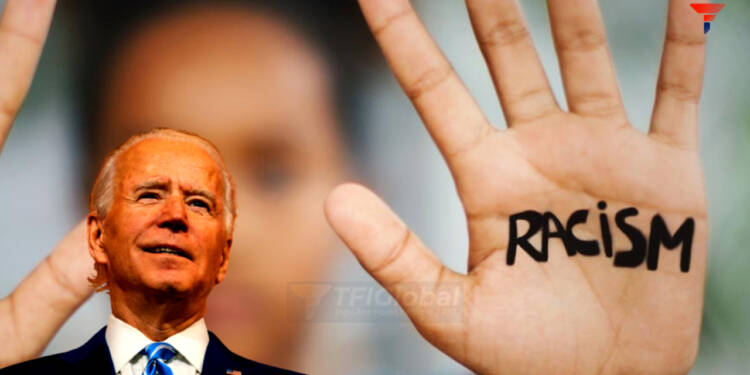 Cuban migrants in USA: In Cuba, the US has a long history of unlawful meddling. Washington’s involvement in the tumultuous nation escalated in the wake of Fidel Castro’s rise to power. After the toppling of the puppet regime of Fulgencio Batista during the communist revolution, Cuba established ties with Russia, the then Soviet Union. This resulted in the US imposing an embargo on the country.

Similarly, Haiti’s experience with the US is equally tragic and unfortunate. Washington sent its forces in 1915, occupying the Caribbean nation for two decades. The US even wrote the constitution of Haiti to fulfil its agenda. And even after the end of the US occupation, Haiti continues being a victim of US aggression both diplomatically and militarily.

In addition to backing the most authoritarian regime in Haiti’s political history, the Duvalier Dynasty, the US also rigged the elections in order to ensure that a leader favourable to it becomes the president. Any Haitian leader who opposed the US became a target of CIA’s terror, case in point being Jean-Bertrand Aristride.

However, when it comes to its immigration policy, there is a blatant contrast with regard to its treatment of migrants from Cuba and Haiti.

The US treats Cuban migrants with respect and subject them to proper legal procedure. In fact, Cuba comes fifth in the ranking of highest immigrant-sending nations to the US. In 2008, 49, 500 Cubans became Lawful Permanent Residents (LPRs) and the 1966 Cuban Adjustment Act (CAA) ensured a just treatment of Cuban migrants. According to the CAA, an Cuban residing in the US after 1st January, 1959, for one year will be eligible for permanent residence status.

In 1996, there was an amendment in this legislation, this meant that the Cuban migrants intercepted by the US Coast Guard will not be sent back home if they express a fear of political persecution or threat to life. Similarly, if a Cuban tries to enter the US territory via land through the Mexico border, then Customs and Border Protection (CBP) officers can exclude them from deportation.

While in 1994, the governments of US and Cuba created a migration agreement as per which Washington consented to take 20,000 Cuban migrants every year.

But when it comes to Haitian migrants, the US has been very cruel and disrespectful towards them. It has not treated them with dignity unlike the Cubans.

The US began its harsh treatment of Haitians during the Duvalier regime in the backdrop of the 1981 Mariel Boatlift. Mariel Boatlift refers to a period when around 25,000 Haitians and 125,000 Cubans reached South Florida by boats. The then US president Ronald Reagan ordered the Coast Guard to intercept boats which are involved in transporting undocumented Haitian migrants. And from 1981 to 1990, 22, 940 Haitians were intercepted, out of which only eleven qualified to apply for asylum in the US.

Similarly, the US government, under president Bush, violated the most fundamental principle of an agreement on refugees of 1968. Despite the international law specifying that asylum seekers will not be returned back to their countries if there are fears of persecution, the US Coast Guard deported 538 Haitian migrants.  And in February, 2021, out of the 31, 000 Haitians who fled their country, only 1,700 were given asylum.

There are clear double standards in US’s migration policy towards Haitians and Cubans. One of the reasons for this discrimination is due to politics. Cuba is one of the chief rivals of Washington due to the communist ideology of the country’s leadership. Washington’s purpose behind accepting thousands of Cuban migrants is to portray the “evil” face of the Cuban government. Since time and again, the US has used Cuban Americans’ tragic tale of immigration as part of its strategy to defame and weaken the Cuban government. On the other hand, the US treatment of Haitians shows that the racist mentality of the country is still not dead.